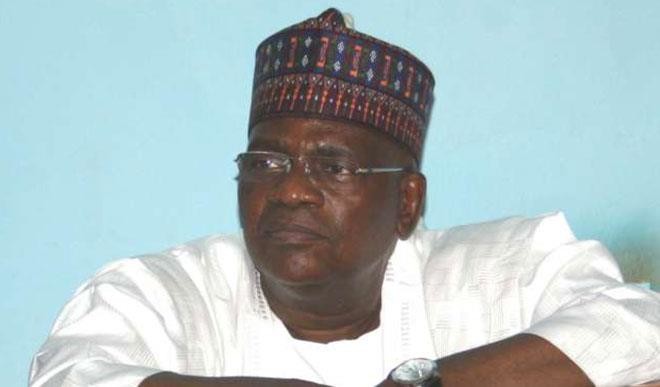 The Economic and Financial Crimes Commission (EFCC) is prosecuting the former governor among four others on five matters relating to financial dealings including the contract on food supply to the Government House during his administration, as well as loan facilities taken from both Access and Union banks.

The proceedings in the case got stuck when the EFCC prosecution counsel, Wahab Shittu was interrogating his prosecution witness, Dr Sani Gyauro.

The witness was testifying on the financial regulations and due processes needed to be followed in award  and supply of food contracts as it applied to state governments, when Shittu told the court of his predicament on laying hands on the documents to present before it in evidence.

Shittu then applied to the presiding judge, Justice Babatunde Quadri, for adjournment to enable him get the financial regulations and due process documents which the witness talked about.

“My Lord, in view of the relevancy of the financial regulations and due process documents regarding the subject matter of food procurement, I wish to apply to the court to adjourn this case and give us four to five days.

“I wish to tender the relevant documents about the manner contracts for the procurement of food for the Government during Former Goje time was flaunted, ’’ he said.

According to Shittu, “I have about 16 witnesses to testify in this case; the problem is logistics or difficulties at bringing the witnesses but if I could have the four or five days, I will take all of them and then close my case.”

ALSO READ   Full Text of Onnoghen's Defence Before the NJC

Mr Adeniyi Akintola (SAN), the Defence Counsel, did not object to the application but said four days would be okay and not five days.

After listening to the submissions of the two counsels, the Judge said was okay with four days and adjourned the case for Nov. 22 – 25 for continuation of hearing of the case.

UNILAG Crisis: What The Law Says On Removal Of Vice-Chancellor