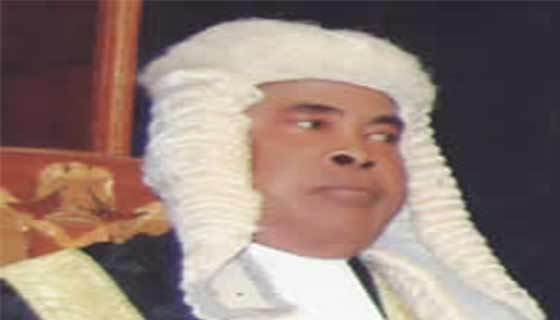 Minister of Aviation and former Rivers State Governor Rotimi Amaechi has been named in another alleged bribe-for-judgement saga.Another Supreme Court justice, Justice Nwali Sylvester Ngwuta in a petition to the National Judicial Council (NJC) over his arrest by the Department of State Service (DSS) claimed that Amaechi lobbied him to void the election of Ekiti State Governor Ayo Fayose and order a re-run to enable former governor and Minister of Solid Minerals Kayode Fayemi participate.

The appeal against Fayose’s election was then at the apex court.

The petition was accompanied by a four-paragraph affidavit deposed to by the petitioner.

He also claimed that the Chief Justice of Nigeria (CJN) Justice Mahmud Mohammed confirmed to him that Amaechi contacted the apex court boss to help influence other justices on the Rivers governorship election.

According to him “My present plight started sometime between 2013 and 2014. I represented the then Chief Justice of Nigeria in an event organised in the International Conference Centre. Hon. Rotimi Amaechi came in late and sat next to me at the high table. He introduced himself to me and we exchanged contacts. A few weeks after, Fayose’s case was determined in the Court of Appeal.

“Amaechi called me by 6.45 am. He said he had come to see me but was told I had left for my office.

When he said he would return in the evening, I demanded to know what he wanted but he would not tell me. He did not come that evening but came the following morning when I was already prepared to go to work. He begged me to ensure that Fayose’s election was set aside and another election ordered for his friend Fayemi to contest. I told him I would not help him and that even if I am on the panel I have only my one vote”.

He also relayed his telephone conversation with Amaechi and an unnamed official of the DSS, concerning President Muhammadu Buhari, claiming that his angry response when Amaechi told him “Oga is not happy” was partly responsible for his ordeal.

He also detailed his ordeal in the hands of the DSS officers that invaded his residence.