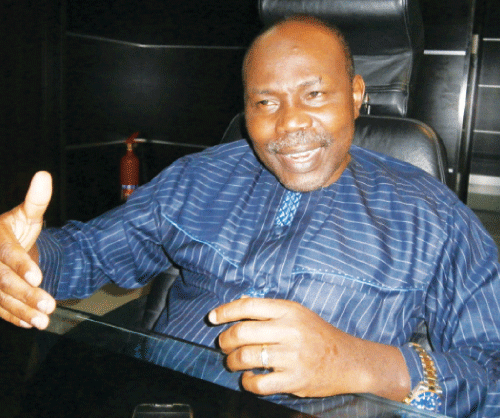 Agents of the Economic and Financial Crimes Commission (EFCC) currently investigating cases of judicial corruption have told SaharaReporters that their review of banking and other financial documents discovered that Muiz Banire, the National Legal Adviser of the All Progressives Congress (APC), paid N500, 000 to one of the judges under investigation.

EFCC agents said their forensic scrutiny of some judges’ bank accounts revealed suspicious payments made to numerous federal judges, including the one made by Mr. Banire.

The agents disclosed that several of the judges have been questioned by the anti-corruption agency. They added that some of the answers provided by the judges were at odds with bank statements where investigators detected a series of suspicious transactions involving senior lawyers.

Yesterday EFCC agents invited three of the lawyers to the agency’s offices for questioning. Our sources revealed that the agency has scheduled at least 25 more lawyers to come in for interrogation in relation to the active investigation.

Mr. Banire has not been invited by the EFCC and SaharaReporters could not confirm if and when he would be summoned. However, three senior lawyers grilled yesterday included Paul Usoro, a lawyer to Senate President Bukola Saraki, Gani Adetola-Kaseem, and Felix Fagbohungbe. Mr. Usoro allegedly made five deposits into the account of the James Agbadu-Fishim of the Industrial Court.

EFCC investigators say they would likely arraign three of the judges next Wednesday. They revealed that the case files of Justices Rita Ofili-Ajumogobia, Mohammed Yunusa, and James Agbadu-Fishim were ready for trial.

Meanwhile, a senior lawyer, Niyi Akintola, has denied information circulating in the media that he was summoned by the EFCC regarding allegations that he bribed some judges. He denied involvement in any cases of bribery of judges, and insisted that EFCC agents had yet to invite him. He added that he was not involved in defending any judges before the National Judicial Council.