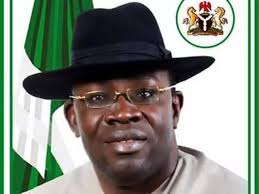 The Appeal Court has unanimously dismissed the appeal filed by the All Progressives Congress (APC) and its governorship candidate, Timipre Sylva, challenging the victory of Governor Seriake Dickson in the Bayelsa State.

The court in a unanimous decision of a five man panel presided over by Justice Olukayode Bada resolved all the five issues raised by Mr Sylva and the All Progressives Congress (APC) in favour of Governor Dickson and the Peoples Democratic Party (PDP).

Justice Bada, who delivered the lead judgement, held that Sylva and his party failed to prove the allegations of corruption, substantial noncompliance, gross violation of the electoral act and other malpractices in the conduct of the election.

He said that the foundation of the ground upon which the appellants based his case that the December 6, 2015 election was unilaterally cancelled by the State Resident Electoral Commissioner was eroded having participated  fully in the rescheduled election of January 9, 2016

He added that it was established beyond doubt that the decision to shift December 6, 2015 election to January 9,2016 was taken by the Independent National Electoral Commission and parties who participated in the polls.

Justice bada also added: “The contention of the appellant has no merit. They were expected to leave evidence to prove their claim that the election was marred by irregularities, electoral malpractices, and allocation of votes and gross violation of electoral act. These allegations were not proved by the appellants.

“Am in total agreement with the judgement of the lower tribunal because its decision was based on the evidence place before it.”

“Tribunal Was In Error”
The APC and Mr Sylva had asked the court to set-aside the decision of the election tribunal, sack Dickson and order fresh governorship election in Bayelsa State.

Arguing the main appeal, lead counsel to the appellants, Sabastine Hon (SAN), submitted that the tribunal was in great error when it dismissed the petition.

The constitutional lawyer further submitted that the governorship tribunal ‎misinterpreted section 26 (1) of the Electoral Act, 2011, which he argued, talk of postponement and not cancellation of an election.

He argued that the cancellation of the December 6, 2015 governorship election in Southern Ijaw makes any other decision taken by INEC null and void.

He added that contrary to the position of the respondents that the appellants waived their rights, by participating in the January 9, 2016 re-scheduled election, the appellants indeed tendered a protest letter against the cancellation and that there was no opportunity to go to court.

Hon therefore urged the court to grant the reliefs sought by his clients including the alternative reliefs.

In his arguments against the appeal, counsel to Governor Dickson, Tayo Oyetibo (SAN) said that the appellants did not supply the results of the December 6, 2015 election but rather brought evidence showing that they participated in the January 9, 2016 election.

It was his contention that an election that did not produce result is no election citing Section 27 of the Electoral Act, 2011.

Oyetibo further argued that before the tribunal, the appellants did not produce evidence from polling units to prove allegations of electoral fraud and other forms of malpractices.

In urging the court to dismiss the petition, the lawyer argued that the appellants also failed to prove allegations of electoral violence.

Untidy Process
Mr Sylva and the APC through their lawyer had prayed the appellate court to set aside the decision of the election tribunal which validated Dickson’s victory and order fresh governorship election in the state.

The Bayelsa State governorship election tribunal had upheld the election of Mr. Seriake Dickson as governor, ruling that the supplementary election that took place on January 9, 2016, was proper and valid.

The All Progressives Congress (APC) in Bayelsa State had challenged the return of Governor Seriake Dickson in the election, saying the entire process was untidy.

The party attributed the victory of Governor Dickson to manipulation of results announced by the Independent National Electoral Commission (INEC).

The APC also questioned the cancellation of results in their stronghold, lamenting the prevention of the party agents from partaking in the collation process.