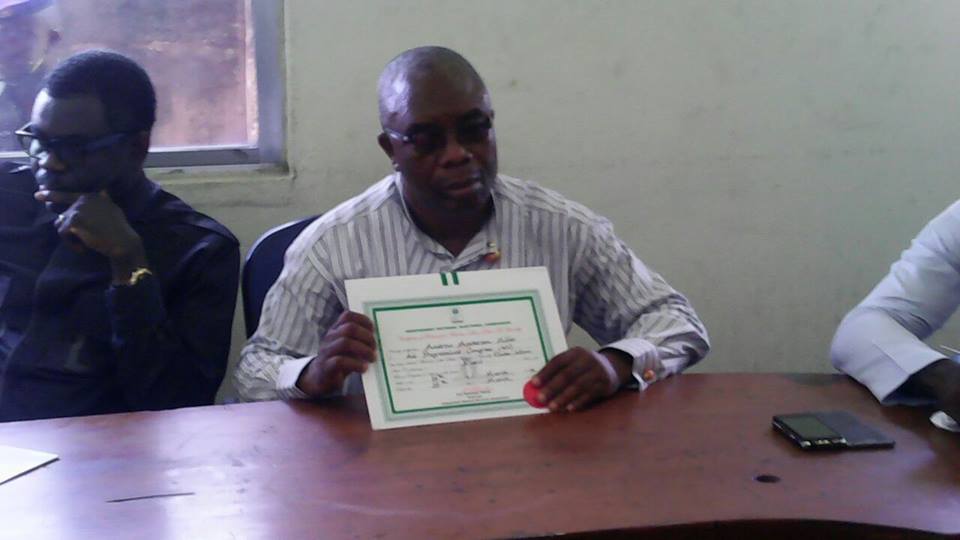 The Court of Appeal in Abuja on Thursday sacked a member of the Rivers State House of Assembly representing Opobo/Nkoro Constituency, Mr. Andrew Miller of the All Progressives Congress, who was declared winner of the March 19, 2016 re-run in the state.

In a unanimous judgment delivered by the Justice Ibrahim Saulawa-led panel, the appeal court nullified the Certificate of Return issued to Miller by the Independent National Electoral Commission.

The panel ordered INEC to issue fresh one to the Peoples Democratic Party’s candidate in the re-run, Mr. Diri Adonye.

The appeal panel, which described the March 19, 2016 election as “massively rigged” in favour of the APC and Miller, made the consequential orders after setting aside the judgment of the Rivers State Election Petition Tribunal which earlier affirmed the election of the APC and its candidate.

The PDP and its candidate had filed their petition before the tribunal contending that the APC’s candidate declared as the winner of the poll did not receive the highest lawful votes.

The petitioners contended that the figures were inflated in favour of the APC and its candidate.

But the tribunal in its judgment had dismissed the  petition on the grounds that the petitioners failed to prove the alleged tampering with the authentic election results and who actually altered with the results.

The PDP and Adonye further appealed to the Court of Appeal asking for an order setting aside the judgment of the tribunal.

In the lead judgment read by Justice George Mbaba on Thursday, the Court of Appeal said the election was “massively rigged” with figures fraudulently altered across the 11 wards in the Opobo/Nkoro Constituency of the Rivers State House of Assembly.

Justice Mbaba held that results of the election were altered with figures fraudulently inflated and allocated to the APC in the various wards.