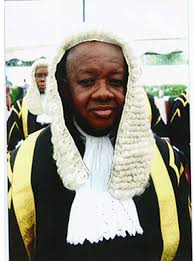 ‎One of the judges recently arrested by the Department of State Services, DSS, Justice Adeniyi Ademola, of the Federal High court Abuja, has withdrawn from the trial of former National Security Adviser, NSA, Col. Sambo Dasuki(rtd).

The judge announced his withdrawal from the former NSA’s trial on Tuesday before the court.

Ademola cited allegations of corruption levelled against him by the DSS, as the reason for withdrawal.

Recall that the secret police had raided Ademola’s residence in Abuja over allegation of corruption but the judge in his response claimed he was being harassed and intimidated by the DSS for granting bail to Dasuki and Nnamdi Kanu, Director of Radio Biafra.