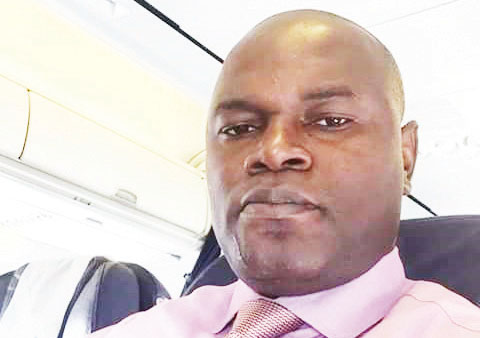 A popular Port Harcourt-based lawyer, Mr. Ken Atsuete, was, last night at 8pm, assassinated by unknown gunmen at his residence.

It was gathered that the gunmen stormed Atsuete’s residence, cornered him and shot him several times.

Atsuete was one of the counsels for the former chairman of the Asari-Toru Local Government Area, Ojukaye Flag Amachree, before he was assassinated.

He was one of the speakers at the just concluded conference of the Nigerian Bar Association, held in Port Harcourt.

A close confidant of the deceased and human rights activist, Mr. Anyakwe Nsirimovu, expressed shock over the incident, adding that “Ken Atsuete’s lifeless body is currently lying at the University of Port Harcourt Teaching Hospital mortuary.

Atsuwete, an Itsekiti from Delta State, was murdered at his house in Aluu, near the University of Port Harcourt (UNIPORT).

The deceased’s chamber was deserted and under lock and key at 11:40am on Monday, while his wife, an indigene of Anambra State and her three children, had been relocated to her father’s house in Port Harcourt.

Atsuwete’s body has been deposited at the University of Port Harcourt Teaching Hospital (UPTH) morgue.