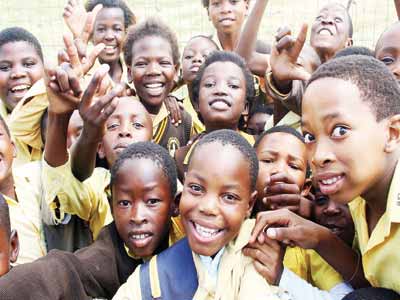 The Kaduna State Government said on Monday that it has proposed life imprisonment for rapists in its bill for Child Right, currently before the state’s house of assembly for passage.

Deputy Director, Civil Litigation in the state’s Ministry for Justice, Mr Irimiya Samson, explained to journalists, that the development became necessary, following the incessant cases of rape being recorded in the state on daily bases, especially defilement of infants.

He said that the penalty for rape in the Penal Code, currently being used in trying rape cases in the state is very light and ranges from a month to a few months imprisonment with option of fine or both. According to him, this has not helped in ensuring maximum punishment of offenders to checkmating the menace, adding that the State government intends to make rape less attractive through the Child Right Law.

“The incidents of rape have become very rampant in the state. It is particularly disturbing that the offenders are mostly elderly men whose victims’ are toddlers, minors within the age range of three to six.

“In curbing this abominable act, the state government has decided to invoke a stiffer punishment for offenders in the child right law. “As such, when the bill is passed, anyone caught would remain behind bars for life”.

He added that the law also criminalized child trafficking, child labour, street hawking, and begging, which are common practice in this part of the country.

“Similarly, exposing children to obscene materials like phonographic content has also been criminalized. Offenders would be imprisoned or made to pay fine of N500, 000 for individuals and one to five million for companies, plus a two-year ban.

“The proposed law also de-emphasized detaining or locking up children for juvenile offences, having realized that detention does not help the children in anyway.

“What the law proposed in place of detention is community services, which in all sense could instill some level of discipline in juvenile offenders.

“Education is also covered in the law, making it mandatory for every child to acquire basic education, “the official added.

Samson also said that the state government would be deeply involved in issues bothering on welfare and development of children in the state.

According to him, based on the proposed law, government would take away children from parents, caregivers, or guardian who failed to properly care for children under their care.

He added that guide lines for fostering and adoption of children was equally provided in the proposed law for people who wish to adopt or foster a child.