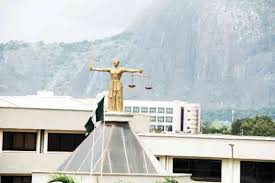 No scandal has so thoroughly shocked and bewildered Nigeria in recent years as the case of the seven judges against whom the secret service has launched extensive probes and a ‘sting’ operation. The interrogations of the jurists, sometimes downgraded to interactions, have continued. So, too, have the embarrassments. With each passing day, more revelations are emerging of poor judgements (not of court judgements, as may be imagined) by Supreme Court justices who ought to personify and exude juristic expertise and integrity, of overzealousness by state agents whose macabre delight in people’s misfortune often propel them to excesses and the creation of gaping loopholes, and a presidency quite unable to appreciate the enormity of the tragedy inflicted on the polity and the opportunities the scandal presents for deft and nuanced handling of national affairs.

The ‘sting’ operation is a tragedy for the Supreme Court in particular, and a depressing affair for the National Judicial Council (NJC). The Chief Justice of Nigeria (CJN), Mahmud Mohammed, has tried to keep a regal detachment, and has struggled to walk a tightrope between the pressure to cleanse the judiciary, which he says he believes in, and the almost certain invasion and erosion of the independence of the judiciary which the executive arm appears to be fomenting. Last week’s NJC statement indicates that the secret service did not avail anyone but itself of the details of the investigations undertaken against the judges. The statement stopped short of insinuating that the government seemed inspired by perverse, ulterior motives. But eventually, the CJN will have to recognise that he had been outfoxed and must assent to the recusal of the accused judges, as the Nigerian Bar Association (NBA) president Abubakar Mahmud, suggested on Thursday. Mr Mahmud had at first been unadvisedly combative until he realised that the lower rungs of the NBA were up in arms against the status quo dominated by those they describe as irresponsible seniors who had embraced and profited from judicial corruption.

If President Muhammadu Buhari understood the implications of the judicial tragedy his country faced, the depth of systemic corruption in Nigeria and the ramifications of the whole saga, and had he also been capable of the altruism he often immodestly appropriated for himself and displayed a grasp for the tempered and foresighted bureaucratic expertise a complex democracy needs, he would have handled the problem differently and perhaps with more aplomb. But the president lives in a dualistic world of right and wrong, with nothing in-between, and of law and order interpreted simplistically and offensively. With the Economic and Financial Crimes Commission (EFCC) and the Department of State Service (DSS) training their guns on the judiciary, it is a question of time before they erode the independence of the third arm.

The NJC has tried to fight back, but its punches have been ineffectual primarily because of lack of public support. In published statements and advertorials, they have presented their own side of the story, and have done it admirably well and somewhat persuasively. As a matter of fact it is evident they came to their conclusions on the affected judges based on the facts before them. But there seems to be a chasm between what the public and the DSS guess or know and what the NJC acknowledges. The CJN has groaned under the pressures, and appears minded to dig in the more. He should resist the temptation to remain inflexible, as galling as the events and campaigns of the past few days might be. The judges themselves, particularly Justices John Inyang Okoro and Sylvester Ngwuta, have given their own sides of the story, sides that have tried to drag in as many people as possible into the scandal, and revealed unpalatable truths about the precipitous decline in the dignity, integrity and competence of the Supreme Court.

ALSO READ   Tunisian Sentenced to Jail for Smoking During Ramadan

The story is still developing and it must, therefore, not be suggested that the ‘sting’ operation was unimpeachable, or that the justices are guilty of corruption. The public must wait for the DSS to reveal all it has, including tracing the sources of the money recovered from the judges. It must be established whether the money is proceeds from corrupted judgements, and if so, which: Rivers or Kogi, or elsewhere? The two justices have blamed politicians and other people for their woes, including making serious allegations against serving ministers. Their accounts have so far not been corroborated. In fact, the words they penned do not seem the logic and erudition of senior judges, and have remained unpersuasive and rather desperate and impolitic. The jurists should have maintained a dignified silence. But by revealing how they met with politicians and how politicians visited them, even if true, showed how low the Supreme Court has sunk. It is unimaginable that such cavalier, deliberate meetings could have taken place a few decades ago when the Supreme Court seemed to be at its apogee.

The terrible mess is still being unearthed. It will get messier, and more people will be implicated. The full unpalatable truths about the perversion of justice in Nigeria, the appallingly low calibre of some of the judges, and the excesses of a government inebriated by its unchallengeable power, may yet come to light as the standoff continues. The genie is, however, already out of the bottle, and the country must brace itself up for more sordid details. Meanwhile, the CJN should put a lid on the scandal by ordering the loquacious justices to keep quiet. They have not inspired anyone by their drivelling. As the NBA president also suggested, the judges should recuse themselves and submit to the legal process. That recusal cannot be at the instance of the judicial organ, as the NJC sensibly pointed out a few days ago citing relevant provisions of the constitution and its own rules; it should be at the instance of the embattled justices, as the NBA president has suggested. An impasse will not help anyone, let alone the NJC and the CJN who have been unfairly perceived as tolerant of judicial corruption. As long as the stalemate continues, the secret service will intensify its media trial, the jurists will blunder the more, and the public will happily but uncarefully align with the DSS, EFCC and the government.

But what should be uppermost in the mind of every patriot is how to remould a country that has broken down in virtually all areas. The task cannot be accomplished overnight, nor easily, and certainly not by the Buhari presidency whose strange and often dogmatic way of presiding over the affairs of the country continues to rile the judicious. That task, indeed, will be accomplished by a leader who has a brilliant and comprehensive grasp of the dynamics and complex interplay of forces destabilising the country — a leader who has an overarching view of where and how the country missed it, and how lost grounds can be reclaimed, a leader who, despite his private misgivings and loathing and prejudices, can see far into the future: a future of strong institutions unfettered by the control of strongmen, populists and propagandists.