Home News CJN To SANs: You Can’t Be On Supreme Court Bench 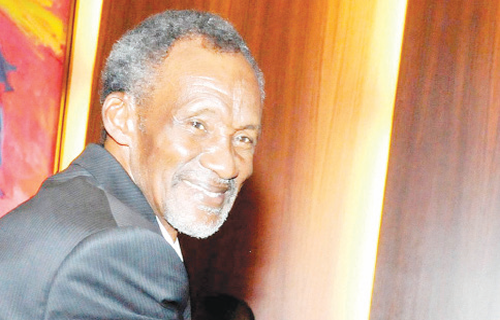 The Chief Justice of Nigeria (CJN), Justice Mahmoud Mohammed, has dismissed insinuations that Section 231 of the Constitution would be ignored while picking his successor next month, insisting that the Section was sacrosanct.

Besides, the CJN said the highest court had no space for members of the Inner Bar as “they lack the proven experience or the temperance of character developed through years of active participation in adjudication.”

Justice Mohammed, who will bow out as the 15th Chief Justice of Nigeria on November 10, said it would be impossible for anyone to ignore Section 231 and the tradition of seniority in the appointment of his successor next month.

Mohammed’s successor had become a subject of debate among lawyers on speculations that the agelong tradition of seniority would not count in the appointment of the retiring Chief Justice’s successor next month.

As the incumbent CJN’s retirement draws closer, the issue of who takes over from him is already a subject of debate in the media and legal circles. At the centre of the debate is Justice Walter Onnoghen, who is the most senior Justice of the Supreme Court after Justice Mohammed. Justice Onnoghen, who was born at Okurike Town, Biase Local Government Area of Cross River State on December 22, 1950, was elevated from the Court of Appeal to the Supreme Court in 2005.

If the tradition of succession by seniority prevails in November, he will become the 16th CJN. Some radical views have suggested that the next CJN and a fresh set of Justices of the Supreme Court should be appointed from the Bar.

But Justice Mohammed ruled out this possibility as Section 231 preserves the position of the CJN for the most senior Justice of the Supreme Court, as well as a space on the apex court Bench for Justices of the Court of Appeal has been the tradition.

The National Judicial Council recommends, the President of the Federal Republic of Nigeria approves and the Senate confirms such appointments. “While I would admit that there is no constitutional restriction as to where those to be appointed are selected from, the long held practice, which I daresay had been apolitical, transparent and fair, had been to appoint the most senior Justice of the Supreme Court to the Office of the Chief Justice of Nigeria.”

Also, Justice Mohammed had foreclosed hope of those pushing for members of the Inner Bar to be made Justices of the Supreme Court, describing it as misplaced, even as the nation was not ripe for such appointment.

The CJN went on: “The idea that we can appoint a legal practitioner, without the proven experience or the temperance of character developed through years of active participation in adjudication, may indeed be fraught with risk, none greater than the risk of creating another sinecure for party loyalists or reducing the Office of the Chief Justice of Nigeria to one which can be “lobbied” for. “This will undoubtedly and irreversibly hurt our justice system and must be strenuously resisted.”