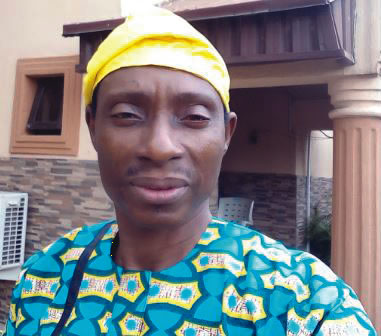 A Senior Advocate of Nigeria, Babatunde Fashanu, in this interview with TOLUWANI ENIOLA, backed the call for the suspension of the judges accused of corruption

Some have described the corruption in the judiciary as the worst kind of corruption, what is your take on this?

We have not seen this scale of corruption before. There has always been corruption but it was at a very low level when I started to practice some 36 years ago. In fact, the corruption you could perceive then was in subtle forms; like a judge bending the rules because of his affiliation with the other side or one of the lawyers. There might have been no contact at all, it was just a connection thing and there were judges that were government judges that were always afraid to give any judgment against the government once the latter was a party in a case before them. Notwithstanding that, no one approached them. But with time, some judges have commercialised the bench; some are so cheap that anything goes. But, with the advent of serious money politics, especially from 1999, things have changed. Being an experienced lawyer, you do not have to be told that something out of the ordinary has happened, especially in many cases we got involved in, with the mannerisms of some judges and the fluidity of many of their judgments. Of note is the intentional abdication from the principle of judicial precedents which lead to many conflicting judgments, even in the appellate courts. It is commonplace now to see many judges living beyond their means hence, the corruption is palpable. The seat of a judge is meant to be one of honour and not a place of wealth but now many go to the bench for the same reason many youths go to the Police or customs. No matter the good conditions of service, such judges will always be corrupt. Though corruption in the judiciary is just a reflection of all the pervasive corruption in the country, one expects less corruption in the judiciary.

What message does the National Judicial Council and the Nigerian Bar Association’s positions on the corrupt judges send to the international community?

The initial responses of the NJC and NBA to me are highly technical. Yes, some technical issues of human rights, rule of law and independence of the judiciary may be involved, nevertheless, these bodies responded as if they are operating from Planet Mars and not Earth. Everyone, including these bodies, knows the extent of corruption in the judiciary as endemic but those that are primarily responsible for the discipline of judges and lawyers have not hitherto dealt with the matter as cancer, which ought to be cured.

With the embarrassment caused by the allegations of corruption against the judges, do you think they will still command the respect that they deserve from lawyers?

We will all assume the judges involved are presumed innocent until proven guilty beyond a reasonable doubt under the law. But with regard to all that has happened, I cannot comfortably bow before these judges for now until they are exonerated of the allegations against them. When it is alleged that a judge is corrupt in respect of his judicial duties, it is worse than an armed robbery accusation.

Some lawyers and activits have asked the judges to step down. Some are also calling for their resignation. Are you in support of this and why?

I am in support of the call for the judges to step down or be suspended pending the conclusion of investigations and prosecution where necessary. It is heartwarming to see that the NBA is now toeing this line. That is the sane thing to do, though some people are saying that some ministers and lawmakers accused of corruption have not stepped down. The judiciary is different from the executive or legislature and the sanctity of the institution must be maintained at all times.

It is not for the executive or the legislature to do anything about it. It is the judiciary and the judges that should make the move. The CJN says nothing can be done because there is no petition before the NJC against the judges. But then, why are we now hearing that a Code of Conduct or Ethics is now being laid down by the CJN for judges. That is because it (NJC) realised that there is the need to act because of this development. So, let the security agencies please send what they have to the CJN and for the latter to cooperate with them in getting something done because, at the end of the day, what Nigerians want is justice. If there is still no cooperation, then the relevant agencies of the executive like the Attorney-General of the Federation should ensure the matter is charged before the relevant courts so these will be test cases to show that corruption does not pay and act as a deterrence to others.

How can the judges be brought to justice when the criminal justice system has been allegedly compromised?

I can tell you that many judges who are straight must be very happy inside them that something is being done to bring sanity to their job. These straight judges who keep to their oath of office have been made to look like fools when they see what their corrupt counterparts are doing and how they live ostentatious lifestyles beyond their means, obviously from proceeds of corruption. The arrested judges should be made to face the law with the cooperation of the NJC. Some may eventually have to be charged to court for criminal offences in relation to their corrupt acts. Judges will ensure justice is done.

Stakeholders Engagement for Legal Practitioners in Nigeria on NITDA Bill 2021 to...