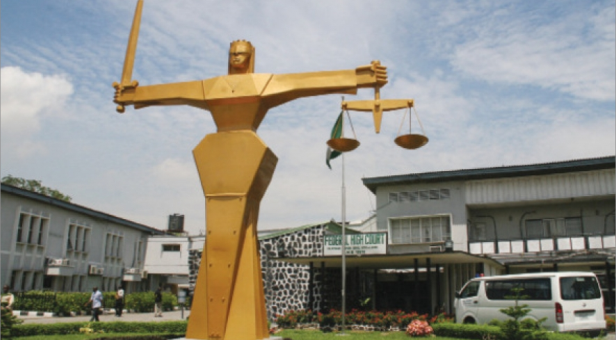 The Federal High Court, Abuja, has declared as unlawful, the arrest and continued detention of retired Air Commodore Umar Mohammed, a member of the presidential team investigating the arms deal in the country.

Justice Nnamdi Dimgba made the declaration on Wednesday when he delivered a judgment in a suit filed by one Emeka Ohazurike and 19 others.

Justice Dimgba said that the continued detention of retired Air Commodore Umar by the State Security Service, SSS, even after he had perfected his bail conditions was illegal.

He said if the SSS continued to detain retired Air Commodore Umar even after the court had signed for his release, it would be an assault on the judiciary which is the third arm of government.

The judge held that his detention was unlawful and asked the counsel to the SSS, Shimana Adzer, to convey the message.

Justice Dimgba, however, said that the issue of money and an apology were personal, adding that since he was sure retired Air Commodore Umar did not authorize the suit, he could not grant such reliefs.

The judge had berated the SSS for refusing to produce retired Air Commodore Umar in court following a court order when he was arrested on June 19.

Mr. Ohazurike and his group sued the SSS also called Department of State Services (DSS) for alleged violation of the fundamental human rights of Umar.

Some of the reliefs sought included that the court should declare that the arrest and detention of retired Air Commodore Umar was unlawful, unconstitutional, malicious and an abuse of his rights to human dignity.

They also wanted the court to order the DSS to pay N500 million as damages to retired Air Commodore Umar as well as publish an apology to him in at least two national newspapers.

The group, who said they were acting on behalf of retired Air Commodore Umar as human rights activists, also sought an order directing the DSS to release the defendant.

He pleaded not guilty to the charges and was admitted to bail in the sum of N100 million.