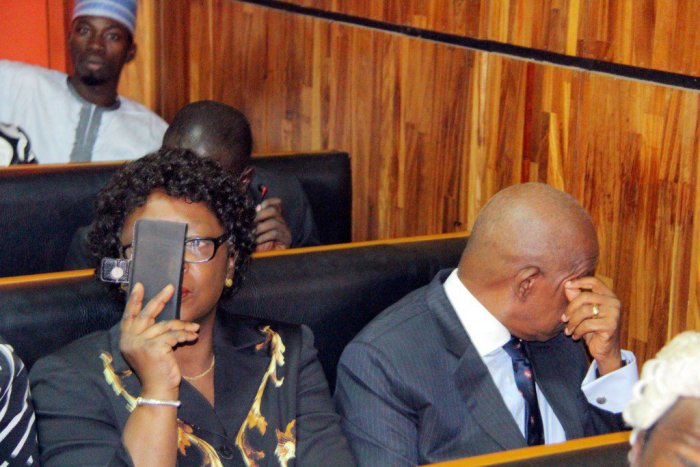 Following the requests ‎by the defendants’ lawyers, ‎Dr. Onyechi Ikpeazu (SAN) representing Justice Ademola and Chief Robert Clarke (SAN), ‎representing the wife, the trial judge ordered the prosecution to serve the defendants’ statement on the defence lawyers before the next hearing date.

The defence lawyers had moved their clients’ bail applications after the defendants pleaded not guilty to the 11 counts preferred against them on Tuesday.

The court granted bail to the defendants in the sum of N50m each, totalling N100m for the two of them.

But since the bail was granted in self-recognisance, the two defendants were not required to produce sureties to guarantee their release.

The lead prosecuting counsel, Mr. Segun Jegede, did not oppose the bail applications but urged the court to impose terms and conditions that would make the defendants to attend their trial.

In granting the bail on Tuesday, the trial judge said the choice of the prosecution not to oppose the bail applications implied that it admitted all the averments deposed to by the defendants in support of their applications.

The judge however, as requested by the prosecution, ordered the defendants to deposit their passports and other travel documents with the Deputy Chief Registrar of the court throughout the period their trial would last.

Justice Okeke granted the bail on Tuesday shortly after the couple were arraigned on 11 counts including, being in possession of firearms without valid licence, conspiracy to receive gratification and receiving gratification of N30m from Joe Agi and Associates, between March 11 and March 26, 2015.