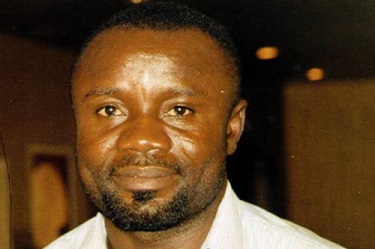 An FCT High Court, Apo, will deliver ruling on October 31 in suit against a fake doctor, Ugwu Martins, for alleged making false statement to the Federal Civil Service Commission.

The Independent Corrupt Practices and Other Related Offences Commission (ICPC) had slammed an eight-count charge against Martins bordering on false statements and impersonation on June 28, 2015.

Justice Abubakar Idris-Kutigi fixed the date on Monday after the Defence Counsel, Oghenovo Otemu, argued his preliminary objection dated May 20.

Otemu, who also adopted his written address, urged the court to strike out the charges against Martins because same proceeding was going on at the Federal High Court, Abuja.

He further said that Martins was charged with forgery, stealing and impersonation by the Inspector –General of Police.

“The proof of evidence attached to both charges against the defendant is also the same and the offences are both punishable under the ICPC Act and Penal Code.

“The languages and laws used are the only differences but the offences are the same,” he said.

The prosecutor, Akponimisingha Osuobeni, who adopted written address dated May 31, argued that Martins had not been convicted in any of the courts yet.

Osuobeni also said that Otemu had not shown to the court that the trial of the defendant was going on in any Federal High Court, adding that Otemu’s application was misconceived.

“The preliminary objection is a distraction, and I urge the court to hold our position that the charges against the defendant in the Federal High Court are not the same with that of this court,’’ he said

Martins, however, gained employment to the Federal Ministry of Health, Abuja, and earned salaries and allowances from Sept. 21 2006 to May 31, 2015 to the tune of N17.02 million

The defendant claimed he was the next of kin to Davidson and also Davidson himself.

He also applied for a staff Identity card with the name from the ministry and applied to participate in the 2014, Nigeria Field Epidemiology and Laboratory Training Programme.

The defendant applied for updates of his promotion arrears, annual leave, and casual leave with the name.

The offences contravened Section 25(1) (a) of the Corrupt Practices and Other Related Offences Act, 2000 and Section 132 of the Penal Code.