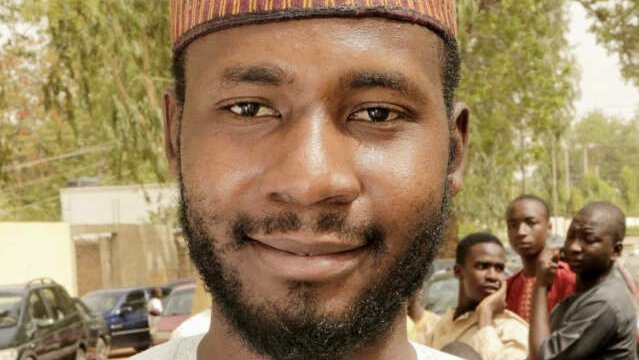 A blogger who was arrested last week for writing a controversial blog post about the Katsina government is still in detention without bail.
Jamil Mabai was in police custody for four days before being remanded in prison by a Magistrate’s Court in Katsina, which declined to try him. The court adjourned the case to September 29 because defence lawyers raised the issue of jurisdiction of the court. Mr. Mabai’s lawyer, Job Israel, had filed two applications, one for his fundamental human rights and another for bail.
The court is expected to rule on the applications at its sitting on Thursday.
“The ruling will determine whether the law (under which Mr. Mabai is being charged) is a dead law or an existing law,” said Mr. Israel. “If the case is in our favour that means Mr. Mabai case is terminated forever. But if not, we will have to appeal based on our submissions.”
Mr. Israel says a magistrate’s court lacks the authority to remand or try Mr. Mabai. He said the offence his client was accused of was unknown to law.
“Section 36 subsections 4 of the Constitution of Federal Republic of Nigeria 1999 as amended prohibit a court to try an offence that is unknown to law,” he averred.
Mr. Mabai is currently being held at the Central Prison in Katsina.Mr. Mabai, who publishes Cliqq magazine, was arrested by officers of the Nigerian Police Force on Monday in Kaduna.
He is a known critic of the Katsina administration led by Governor Aminu Masari.
Mr. Mabai’s arrest is believed to have been ordered by the governor, a claim the latter’s spokesperson denied.
The governor is said to be unhappy with his recent post condemning a recent purchase of 3,000 metal coffins for distribution to mosques in the state.
Mr. Mabai said by purchasing the coffins, Mr. Masari was simply saying “Katsina people deserve to die”.
He also questioned the rationale behind buying the coffins at N40,000 each at a time the government was unable to pay civil servants’ outstanding arrears of salaries.
Mr. Mabai was arrested last Monday in Kaduna where he had gone for the Eid el Kabir celebration.
Barnabas Hunjo, Esq.