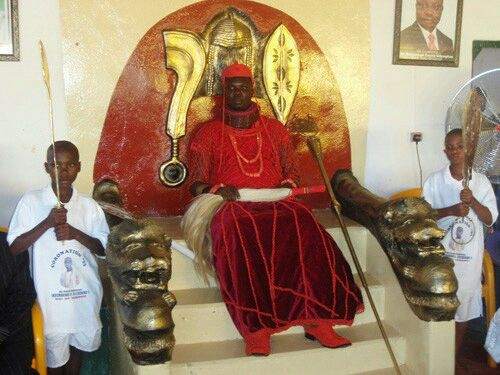 His Royal Majesty Ikechukwu Oseduma the king of Ika North East Local Government Area of Delta state who ascended his father’s throne upon his demise in year 2007 organized a thanksgiving service to mark the successfu completion of his bar final examination and  call to the Nigerian Bar.

During the ceremony which drew sons and daughters of Ika North East LGA from far and wide, the Royal Father who holds an LLB degree from the prestigious Madonna University  said his journey to throne almost robbed him of his dream of becoming a lawyer. He noted that it was dedication, hardwork and God’s grace that saw him through. The monarch  who was visibly elated expressed joy and gratitude to God for his many blessings.

The thanksgiving service was held at ST. Martins of  Tour Catholic Church, Igbogbo. The monarch at the event, enjoined his subjects to remain committed to peace and development of the community.

ALSO READ   Prison Decongestion: Lagos Judiciary Requests for Particulars of Inmates Who have been Over 3 Years in Custody