Home News From DNL Archive: In Defence of Justice Yunusa 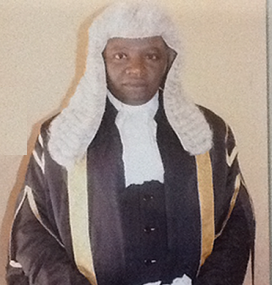 Following the recent action of the National Judicial Council (NJC) recommending the compulsory retirement of Honourable Justice Yunusa to the President, several media platforms have called for the hands and limps of the learned judge. At page 3 of The Punch Newspaper of Tuesday, April 5, 2016, the Newspaper reported that the National Judicial Council queried Justice Yunusa following a petition by a civil society group known as Civil Society Network Against Corruption (hereinafter simply referred to as “the Petitioner”). According to the Punch publication, the Petitioner had in its petition dated December 15, 2015 “accused the judge of consistent refusal to abide by judicial precedents laid down by the apex court, in granting orders and injunctions against the EFCC”. One of the cases referred to in the Punch publication is FHC/L/CS/1269/2015 (Honourable Shamsudeen Abogun V. EFCC & Ors).

The Punch publication further reported that the Petitioner also alleged that the decision of Justice Yunusa in the referred cases, including FHC/L/CS/1269/2015 (Honourable Shamsudeen Abogun V EFCC & Ors.), “will undoubtedly serve as a leeway for unscrupulous and corrupt individuals, who will stop at nothing to truncate their arrest, investigation and prosecution by the appropriate law enforcement agencies”.

It is important to review Hon. Abogun’s case in the light of the recent developments:

Having considered the case of Hon. Abogun and the response filed by EFCC, Justice Yinusa at pages 19 and 20 of the judgment delivered on the 11th of November, 2015 held, inter alia, that;

“The application before the court is a fundamental right issue, wherein the Applicant is seeking for the enforcement of his fundamental rights. By the deposition in paragraphs 10 of the affidavit in support, the applicant was arrested on 4th June, 2015. He was also compelled to make a statement and was detained for 8 days… The contention of the 1st Respondent is that they have the constitutional duty to arrest and investigate the Applicant based on a petition written by the 4th Respondent. It was however, not clear whether the Applicant was arrested on a warrant of arrest or any order duly issued by a court of competent jurisdiction. No warrant of arrest was exhibited and no order of court authorizing such arrest was attached to the counter affidavit. The position of law is that for a suspect to be arrested, apart from the fact that there was a basic preliminary investigation for arrest to be valid, there must be a valid warrant of arrest or an order duly issued by a court of competent jurisdiction. In the absence of which it can be concluded that the 1st Respondent (EFCC) acted without following due process of law.”

Justice Yunusa further held at page 21 of the judgment thus:

Should Justice Yunusa have allowed the EFCC usurp the duties of courts in matters relating to simple contract or allegation of trespass?

Why I am studying to Become a Lawyer – Yetunde Akanbi...