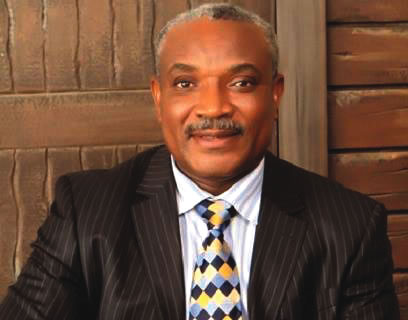 The Special Adviser to the President on Prosecution, Office of the Attorney-General of the Federation, Mr. Okoi Obono-Obla, speaks to ADE ADESOMOJU on the Federal Government’s anti-corruption war and other related issues

You work under the Attorney General of the Federation, and many have speculated that he holds dissenting views on some issues  with the Economic and Financial Commission. Is this true?

I will straightaway answer your question in the negative. It is not true. It is a figment of the fertile imagination of the speculators of this story. I am glad you said that many have speculated. A speculative story is a make-believe. It should be left in the realm of speculation. The EFCC is an independent agency under the supervision of the Honourable Attorney General of the Federation. Under Section 43 of the Economic and Financial Crimes Commission (Establishment etc) Act, 2004, the Honourable Attorney General of the Federation is vested with the power to make rules or regulations with respect to the exercise of any of the duties, functions or powers of the Commission under the Act.

Have the policies and guidelines on prosecution and handling of corruption cases in general put in place by the AGF made any impact?

It is true that less than one year since the Attorney General of the Federation and Minister of Justice was sworn into office he has undertaken a lot of fundamental reforms in the justice sector. He has established the National Prosecution Coordinating Committee which was inaugurated on the May 26, 2016 by the Vice-President (Yemi Osinbajo) to complement the prosecutorial powers of the Department of Public Prosecutions of the Federation and other prosecuting agencies especially in cases against politically-exposed persons.

The Honourable Attorney General of the Federation has adopted many policy documents including a strategic plan on prosecution 2016-2019 (it is the first of its kind); the National Policy on Prosecution, Code of Conduct and National Guidelines for Prosecutors that will prescribe statements of good values, best practices and a guide towards rendering efficient, effective, accountable and professional prosecutorial services in Nigeria.

Undoubtedly all these policies and policy documents would surely have a huge impact in the core mandate of the office of the Attorney General of the Federation especially on prosecution of criminal suspects so that we have a free sand safer society conducive for social and economic development of the country.

The Minister has requested files of high profile and politically-exposed persons from various anti-corruption agencies? What does the minister intend to do with them?

The Attorney General of the Federation has requested for case files not only from anti-corruption agencies such as the police, the EFCC , the ICPC and the Code of Conduct Bureau but also from the Nigeria Customs Service; the National Agency for Trafficking in Persons; the National Drug Law Enforcement Agencies, NAFDAC, etc. He is the Chief Prosecutor of the Federation and it is necessary he has an inventory of the criminal cases that these agencies are handling.

The Attorney General of the Federation intends to carry out a vigorous, diligent and professional prosecution of criminal cases ever seen in the annals of the country history. He dreams and desires a free and safer society. He wants to ensure that the system of administration of criminal justice in Nigeria promotes efficient management of criminal justice institutions, speedy dispensation of justice, protection of the society from crime and protection of the rights and interests of the suspect, the defendant, and the victim.

In some instances, the minister requested further investigation of certain pending cases, or gave directives on them, particularly to the EFCC to investigate certain petitions, but nothing is heard thereafter. Why is there delay in responses to the AGF’s directives?

I can tell that these agencies are responding to the request of the Attorney General of the Federation. You know it takes time to put all the cases down and collect files plus evidence. But the agencies are on top of the situation and cooperating.

It was reported that the office of the AGF has received from Prof. Itse Sagay-led Presidential Advisory Committee Against Corruption the bill for the establishment of Special Crimes Court, what is the success prospect for the bill?

Yes! I can confirm that the Honourable Attorney General of the Federation has received some documents from Prof. Itse Sagay-led Presidential Advisory Committee Against Corruption including the proposed bill on the establishment of Special Crimes Court to hear and determine expeditiously economic, financial, terrorism and other organised crimes in the country; the Manual on Plea Bargaining and Guidelines on Plea Bargaining.

The bill for the establishment of the Special Crimes Court would be presented to the National Assembly for passage into law. I am very optimistic that it will pass because members of the National Assembly are patriots who are conscious and appreciative of the efforts of the executive branch of government to reduce to the barest minimum the scourge of corruption that has stifled the progress of the country and given her a bad name in the community of nations.

With the number of high-profile corruption and other cases, the AGF and anti-corruption agencies are planning to embark on, is the government not biting more than it can chew?

Undoubtedly, the Federal Government has the capacity, capability and the resources to cope. Why not? You must bear in mind that the maintenance of laws, order and security is the essence of government. Prosecution of criminal cases with vigour and diligence will bring about a free and safer country and social and economic advancement; so, why wouldn’t government invest its resources in this endeavour?.

How will the courts cope with the number of such cases? To ensure a thorough investigation and effective prosecution, what is the government doing in terms of putting in place adequate human capacity to handle the huge task?

The government is very conscious of this fact and plans are in the pipeline to increase the number of judges through the appointment of competent, hardworking and intelligent legal practitioners into the High court bench.