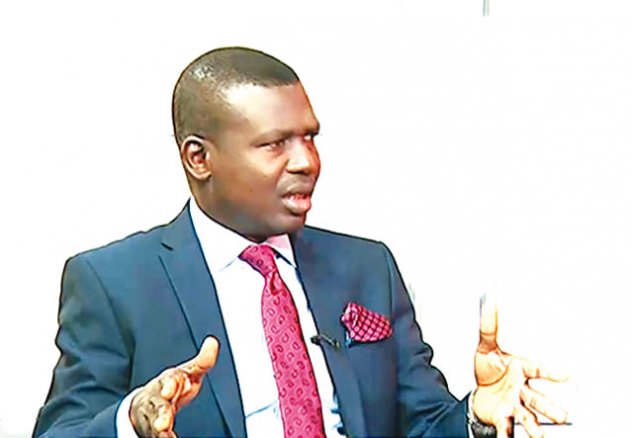 The High Court of Lagos State, presided over by Justice A. Opesanwo has set aside and vacated the interim order of forfeiture by which the house and property of one Mr. Jonathan Udeagbala, was purported to have been attached by the Economic and Financial Crimes Commission, in August 2012.

In May, Lagos lawyer and human rights activist, Ebun-Olu Adegboruwa, was charged to court for allegedly dealing in property forfeited by order of court to the Federal Government through the EFCC.

Adegboruwa had maintained that he committed no offence in law, but only assisted two business partners to broker a settlement arising from a telecoms transaction and that the EFCC was only taking advantage of the anti-corruption war of the Buhari regime to persecute him “because of his constant criticism of the Buhari administration and in particular because of his involvement as defence counsel in the case of Chief Government Ekpemupolo (alias Tompolo) and the

cousin of the former President Goodluck Jonathan, Mr. Azibaola Robert,” according to a statement his chambers issued on Sunday.

The statement added, “In 2012, Mr. Jonathan Udeagbala, was arraigned before the High Court of Lagos State, for allegedly issuing dud cheques in favour of his business partner, Mr. Leonard Okafor. In

the course of the said trial, the parties met and decided to resolve the matter amicably by leasing out the personal house of Mr. Udeagbala in Nicon Town, Lekki, Lagos.

“All the parties expressed preference for and trust in Mr. Adegboruwa to supervise the settlement, which he did to the satisfaction of everybody. On December 17, 2015, the High Court of Lagos State, dismissed the criminal case against Mr. Udeagbala, based on the settlement brokered by the parties.”

Adegboruwa noted that he was not aware of any interim order of forfeiture on the private property.

But a day after Adegboruwa appeared in court in the case of Azibaola Robert against the EFCC, a criminal charge was filed against him at the Federal High Court, by the EFCC and he was arrested, arraigned in court and later granted bail, for allegedly dealing in property subject of an order of forfeiture.

“On September 22, Adegboruwa appeared for Udeagbala while M.S. Usman appeared for the EFCC. The court delivered its ruling on the application to set aside the interim order of forfeiture. In its ruling, the court held that once Justice Oluwayemi had dismissed the main criminal charge on December 17, 2015, the interim order of forfeiture could not stand and that she could not sit on appeal against the order which dismissed the case.

“The court held further that it was left for the EFCC to appeal against the said order, if it was dissatisfied with it and not to seek to hold on to an interim order that was granted since 2012. The court rejected the argument of the EFCC that an appeal had been filed against the order dismissing the criminal charge as no evidence of such an appeal was produced before the court and the court could not proceed to adopt the deposition contained in paragraph 12 of the counter-affidavit filed by the EFCC,” the statement said.