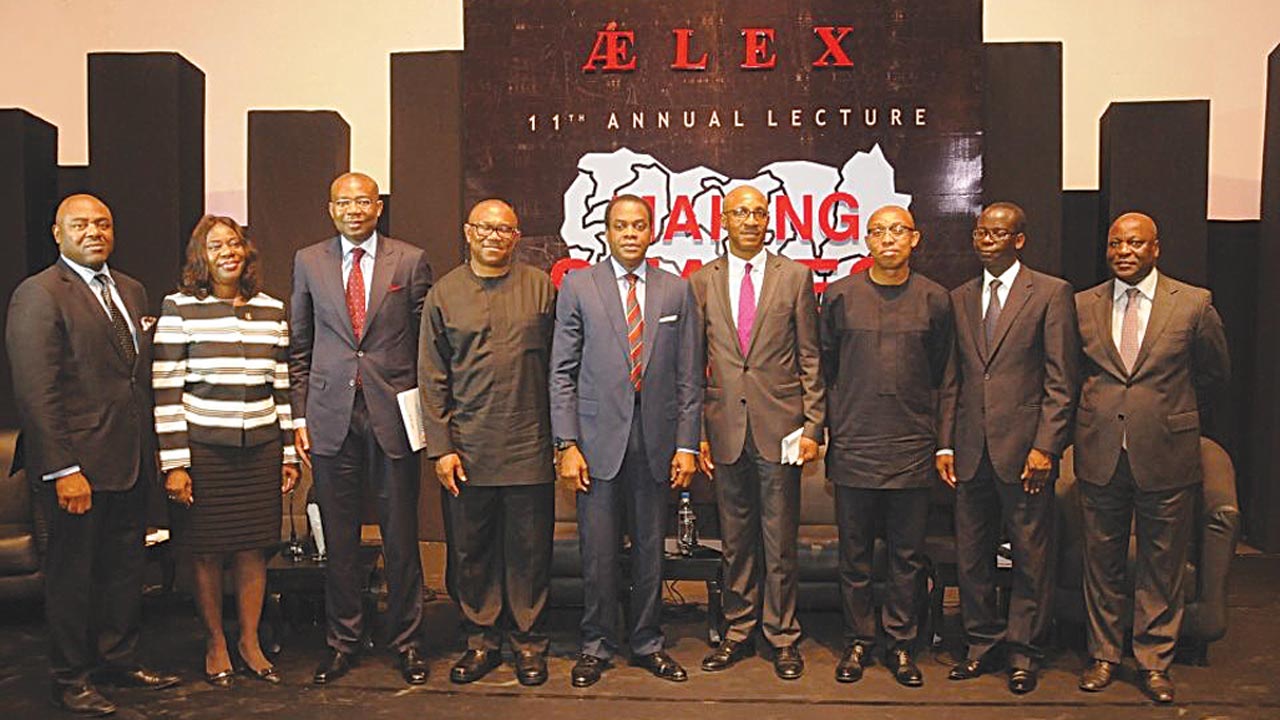 Worried about the quality of governance and public service at the state level in Nigeria, a law firm, Aelex, last week, put together a team of eminent personalities to brainstorm on the way out of the challenge in its 11th annual lecture in Lagos.

With the theme: “Making states work”, the panelists discussed strategies to make states more efficient, self-reliant and sustainable, considering the prevailing economic circumstances in the country.

Duke said the challenge of dysfunctional states in Nigeria goes beyond finance. Duke also said that one of the most essential factors in making states work is the framing of a personal vision and a collective vision for the state, which he said remains a missing component amongst many Nigerian governors.

“We are losing the essence of the federating units in Nigeria. As a leader, having a vision is essential but having a collective vision for the people is key,” he noted.

Former governor of Anambra State, Obi argued that the vision of the leader is expedient to the development of the state, adding that the vision must be clear. “That way, the leader can drive the state to success. The reason for most failure is the absence of a plan,” he submitted.

According to Obi over 70 per cent of corruption cases are usually initiated by civil servants.

As Hon. Justice Clara Ogunbiyi Bows Out of the Supreme Court

Adeleke is Qualified to be Governor, Says Appeal Court