Home Interviews Falz: I was scared of living in my father’s shadow 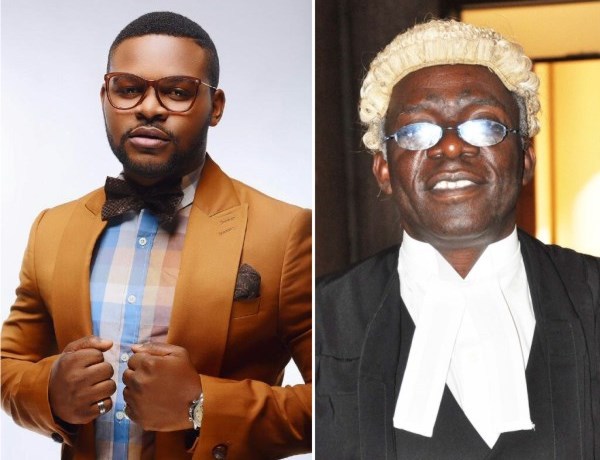 Folarin ‘Falz’ Falana, Nigerian artiste/actor, has revealed that he once harboured fears of dwelling in his father’s shadow.

The 26-year-old Jenifa’s Diary actor, who is the son of Femi Falana, Nigerian activist and lawyer, said this while speaking to contestants in the ongoing MTN Project Fame competition.

Falz said: “The fear I had about coming into the limelight was that I would always be in my father’s shadow because he was out there already as a renowned activist and lawyer.

“Being an upcoming artist, headlines, newspapers, magazine and online publications tagged me as Femi Falana’s son and I would say “Hello, is that my stage name?”

“My fear was that how long is this going to last? How long will people continue to refer to me as his son. But after so much effort and hard work, I arrived at a place where they now refer to my dad as Falz’s dad.”

The lawyer-turned-artiste also revealed that he accidentally discovered that his faux Yoruba accent could be popular among fans.

“I think I will say that I stumbled on it because initially, it was always the music,” Falz said.

“In early 2014, I was away on holiday with the family and I decided to make a short clip. I just decided to be stupid and the views I got were ridiculous.

“I was surprised because I was just enjoying myself and from that point, I picked out what it was about me, what it was that made me stand out and it was because I tried to be original.”

What I will do for Ikeja NBA as the Branch Secretary...