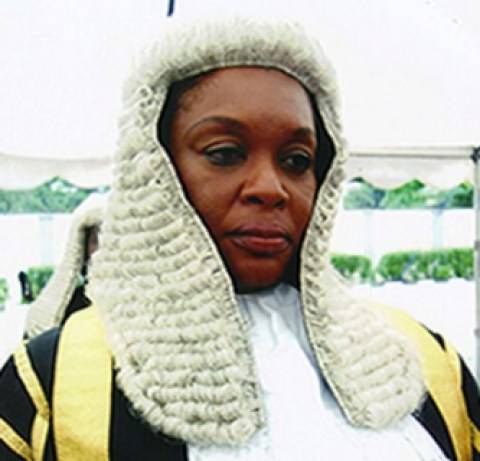 A Federal High Court judge, Rita Ofili-Ajumogobia, has been busted by detectives of the Economic and Financial Crimes Commission in a hospital admission racket in Lagos.

Justice Ofili-Ajumogobia on Wednesday morning told EFCC officials by phone that she was on admission in a Lagos hospital in Ikoyi to explain away the reason she could not respond to the anti-graft agency’s invitation for interrogation in the last two days.

Five other judges, Mohammed Nasir Yunusa, Hyeladzira Ajiya Nganjiwa, Appellate Court Judge, Uwani Abba-Aji, Justice Agbadu James Fishim and Musa Haruna Kurya had in the past two days responded to EFCC invitations.  Some of the judges were accompanied by their lawyers and were reported to be cooperating with EFCC operatives investigating alleged corruption in Nigeria’s judicial system.

Curiously, Ofili-Ajumogobia, one of the invited judges expected to show up at the commission on Tuesday called in on Wednesday to claim she was admitted into the “intensive care unit” of Golden Cross Hospital on Bourdillon Road in Ikoyi but an attempt by EFCC agents to pay her a “courtesy call” shows that she had not been to the hospital since October 13, 2016.

EFCC detectives, however, found that a medical staff of the hospital was trying to insert her name into their records as their patient.

When they could not find her in the hospital they called her on her mobile phone to ask where she was; she restated that she was in the intensive care unit only to cut off the call as soon as EFCC officials told her they have searched the private hospital and couldn’t find her.

EFCC officials told Saharareporters that the medical director of the hospital has been invited to the commission’s office in Ikoyi to explain his role in the latest saga.

Shari’a Law: CAN Accuses CJN of Plotting to Turn Nigeria to...