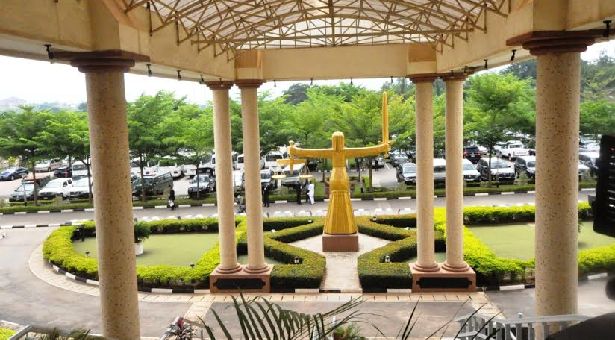 The Federal Government, through the Attorney-General of the Federation and Minister of Justice, Abubakar Malami, SAN, has filed criminal charges against the Chief Registrar of the Supreme Court, Saleh Gambo, before an Abuja High Court.

The trio will be answering to a nine-count charge marked CR/13/16 and dated November 3, which the AGF filed pursuant to sections l04 and 379 of the Administration of Criminal Justice Act, 2015.

The defendants were specifically alleged to have diverted N2.2 billion belonging to the Supreme Court of Nigeria, into personal bank accounts domiciled at United Bank For Africa Plc with account number 2027642863.

They were further alleged to have, between 2009 and 2016, received gratification in the sum of N10 million from Willysdave Ltd, a private contractor to the Supreme Court of Nigeria and thereby committed an offence contrary to section 10(a) (i) of the Independent Corrupt Practices and Other Related Offences Act 2000 and punishable under the same Act.

‘Even God Would Reverse Some of His Decisions’ – Olanipekun...