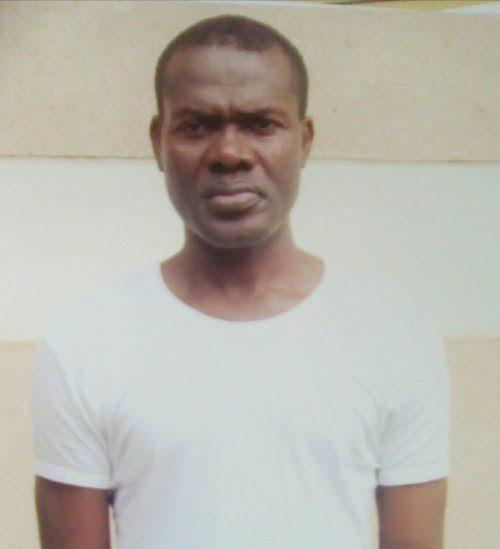 The Federal High Court in Lagos on Friday sentenced an AIDS patient to two years in prison for attempting to export 1.595 kilogrammes of heroin to France.

Adeyemo Babatunde Akanni, alias Adeyanju Williams was nabbed by operatives of the National Drug Law Enforcement Agency (NDLEA) at the Murtala Muhammed International Airport, Lagos, on October 1, 2014, during an outward clearance of an Air France flight to Paris.

He was slammed with a one-count charge of unlawful exportation of the illicit drug. He pleaded not guilty to the charges. The NDLEA prosecutor, Mr. Abu Ibrahim, called five witnesses and tendered several pieces of evidence, including the seized banned drug, which the convict excreted; his travel passport, confessional statements, the results of the forensic test of the drug and a cash of €800 among other exhibits.

At the resumed trial of the matter on Friday, Mr. Ibrahim informed the court of the convict’s intention to change his plea, a submission corroborated by his lawyer, Mrs. Lilian Omotunde.

Upon, the change of plea, the prosecutor tendered five more statements of the convict, which were also admitted as exhibits. After tendering the evidence, Mr. Ibrahim urged the court to pronounce the suspect guilty as charged.

“My Lord, given the accused’s change of plea, coupled with the extra five statements of the defendant, I urged the court to go ahead and pronounce him guilty as charged,”  said the prosecutor.

Consequently, the presiding judge, Justice Chukwujekwu Aneke, declared Akanni guilty on a one-count charge of unlawful attempt of exporting of 1.595 kilograms of heroin.

However, the convict’s lawyer, in her plea for mercy, urged the court to pronounce a lenient sentence as he was a first-time offender, who has shown remorse since his arrest. The lawyer added that Akanni has consistently attended court proceedings despite his frail health.

To further support her claim of her client’s health challenges, she tendered a medical certificate dated May 13, 2016, endorsed by one Dr. Fatoki of Lagos State General Hospital, Ikeja. The report showed that Akanni was living with HIV/AIDS.

Mrs. Omotunde also cited Section 416(2)(D) and 420 of Administration of Criminal Justice Act 2015, while urging the court to fine the accused person as an alternative to sending him to prison.

Delivering the judgment, Justice Aneke sentenced the convict to two years in jail starting from Friday.

The judge also ordered that the sum of €800 found on the convict at the time of his arrest be forfeited and paid into the account of Federal Government, while the seized drug be destroyed if there is no appeal against the judgement within the stipulated.