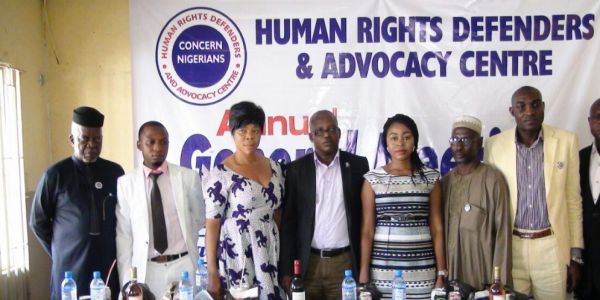 A civil society organisation, Human Rights Defenders and Advocacy Centre, (HRDAC) has expressed concern over what it described as “flagrant” disregard for court orders by the executive arm of government, saying, if unchecked, it could bring the judiciary to disrepute.

The rights group added that it was high time President Muhammadu Buhari stopped acting like a dictator as the country was no longer in the military era.

Speaking at a news conference in Lagos on Friday, HRDAC President, Rose Ameh, said it was regrettable that “impunity by men in uniform and those in government had now become a norm” which, according to her, had made Nigerians to start losing faith in the system.

Citing examples, she said, “The ruling of the court (including that of the ECOWAS Court) for the release on bail of a former National Security Adviser to former President Goodluck Jonathan, Col. Sambo Dasuki (retd.); and the order for the release of the leader of the Indigenous People of Biafra, Nnamdi Kanu, were totally rebuffed by the executive.

“The continued detention of the leader of the Shiite Islamic Movement of Nigeria, Ibrahim El-Zakzaky, is another case of shameful disregard for human rights and due process. These are indeed appalling and condemnable.”

The Chairman, Board of Trustees of the group, Mr. Innocent Agbo, said the group had written to the presidency and embarked on protests, including one at the National Assembly, but that nothing had been done.

Our Nobility is Transforming into Shame – Stephen Agbada writes...