Home News Illegal arms: Dasuki walks in and out of court 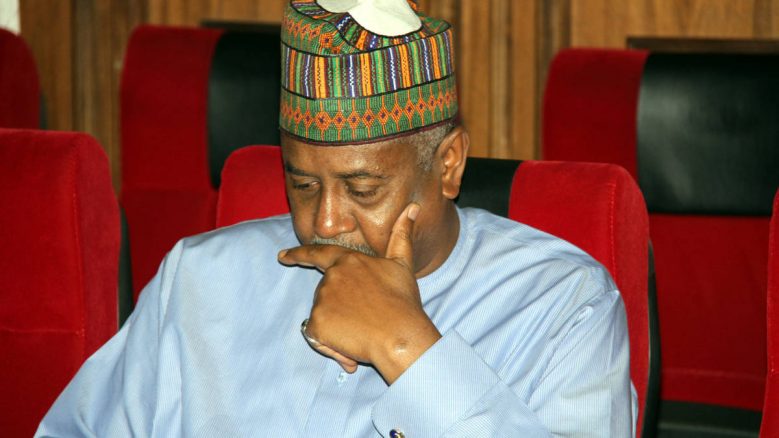 Dasuki walked into the Federal High Court, Abuja premises about 10.45 am, accompanied by his lawyer, Ahmed Raji (SAN) while three security operatives followed at a distance. He and his lawyer wore kaftan with cap to match.

They headed straight to the court room where his trial was due to continue. But the court was not in session as the presiding judge, Justice Adeniyi Ademola was yet to resume from his annual vacation.

Dasuki was arraigned on a five count charge of illegal possession of firearms and money laundering in August, 2015 following days of security blockade of his Abuja residence by the Department of State Services (DSS).

Defence counsel, Joseph Daudu (SAN) at the last hearing on June 23, told the court that Dasuki was being held for offences committed during his days in the army after he was denied bail in the case and three other corruption cases involving the sum of $2.1 billion arms funds against him.

This was after prosecution counsel Dipo Okpeseyi (SAN) asked the court to protect the identities of witnesses to testify against Dasuki in the case.

Dasuki left the court room after court clerks informed him that the matter has been fixed for October 19 for continuation of hearing.

ALSO READ   LPPC Replaces Name of a SAN-Designate on List