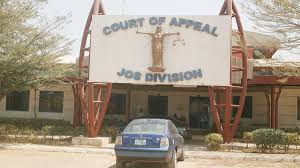 The Court of Appeal, Jos Division which sat yesterday has directed that there should be no attempt to tamper with the subject matter of the appeal file by the League Management Company (LMC) against the orders of Justice I.I. Kunda of the Plateau State High Court, Jos.

This is even as the Inspector General of Police monday increased police presence at the premises of the LMC in Abuja to protect the staff and its activities.

Also, the Court of Appeal resolved the issue of who can make legal appearance for the Nigeria Football Federation (NFF). The court ruled that Barrister Maduabuchi who was appointed by Yahaya Adama, an ally of Chris Giwa , cannot claim to be representing NFF when their group is still battling in court to prove their claim at the Supreme Court.
Justice Kunda had amongst several rulings ordered the LMC to reinstate Giwa FC in the 2015/16 Nigeria Professional Football League.

(NPFL) and also the committal to prison of LMC Chairman, Shehu Dikko and Salihu Abubakar, the Chief Operating Officer on contempt charges.

The rulings emanated from a fundamental rights enforcement suit filed by one Mustapha Abubakar, a supporter of Giwa FC who claimed that the expulsion of the club from the NPFL has denied him the right to get value for season’s ticket he purchased.

The LMC had on all occasions of the ruling of Justice Kunda challenged the orders at the Court of Appeal and filed for Stay of Execution which led to the hearing yesterday by Justices of the Appeal Court, Jos Division.
At the hearing of the appeals, the Court of Appeal directed that it was going to hear all appeals and motions filed by the LMC on the same date.

The hearing could not, however, proceed because Barrister Habila Ardzard, Counsel to the respondent, Mustapha Abubakar who is also Counsel to Giwa FC, informed the Court of Appeal that they had only just filed their preliminary objection to LMC’s motion on the morning of the case.

Adzard thereafter requested for an adjournment to allow time for service of their papers on all parties to the appeal. The Court of Appeal granted this request and directed that they must ensure service on all parties by the next adjourned date.

Monday’s proceedings at the Court of Appeal and the participation of Giwa FC through its legal representation in them may have put paid to the denials of Giwa FC and his sympathisers that there is no appeal filed by LMC and their further claim that Dikko and Abubakar have been declared wanted by the courts.

Counsel to LMC, Olumide Olujinmi had brought to the attention of the court that the respondent, purportedly acting for Giwa FC, had brought some men claiming to be police officers to LMC’s office to harass the staff ostensibly on a mission to enforce the very court order which has been appealed against by LMC, and is the subject matter before the Court of Appeal.

However, Adzard in his response to the query of the justices of the Court denied any knowledge of such an attempt to enforce the court order of committal.

The justices then secured an undertaking from the Counsel that his clients will not attempt to tamper with the subject matter of the Appeal, by acting to enforce any such order, pending the hearing of the case by the Court of Appeal.

The Court of Appeal adjourned the matter to October 11, 2016 to hear the consolidated appeal and all motions and objections filed by the parties.

Justice Kunda of the Jos High Court had made an order of committal of Dikko and Abubakar for failing to obey his earlier ex-parte order directing the reinstatement of Giwa FC to NPFL three months after the club had been expelled from the apex Nigeria football league for multiple infractions of the Framework and Rules of the League.

The judge of the lower court made the orders at the instance of a Abubakar who claimed to act for himself and Giwa FC.

Abubakar had filed a suit before the Jos High Court claiming that the expulsion of Giwa FC from the League was an infringement of his fundamental human rights.

LMC has maintained, consistently, that it is not bound to obey an order of the lower court that it has appealed against, while that appeal and its application for stay of execution are pending before the Court of Appeal.