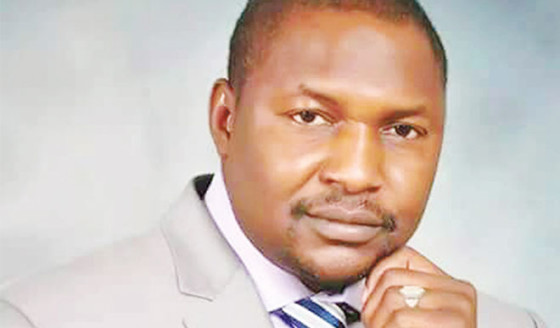 Human rights lawyer, Nnamdi Okere has called for the immediate removal of the Attorney General of the Federation (AGF) and Minister of Justice, Abubakar Malami (SAN) over the recent arrest of some judges.

Okere said the arrest and detention of the judges was without due process and accused Malami of “gross incompetence” for failing to advise the president appropriately.

“The Attorney General should and ought to have known that under paragraph 21 (b) part one of the third schedule to the Constitution, it is only the National Judicial Council that has the powers to recommend the appointment, removal and exercise disciplinary control over judges,” he said.

The lawyer, who is the coordinator of Kingdom Human Rights Foundation International, also criticised the AGF’s attitude in the tenure elongation of the Code of Conduct Bureau (CCB) board, and the cases involving former NSA, Sambo Dasuki and IPOB leader, Nnamdi Kanu, which were handled by Justice Ademola.