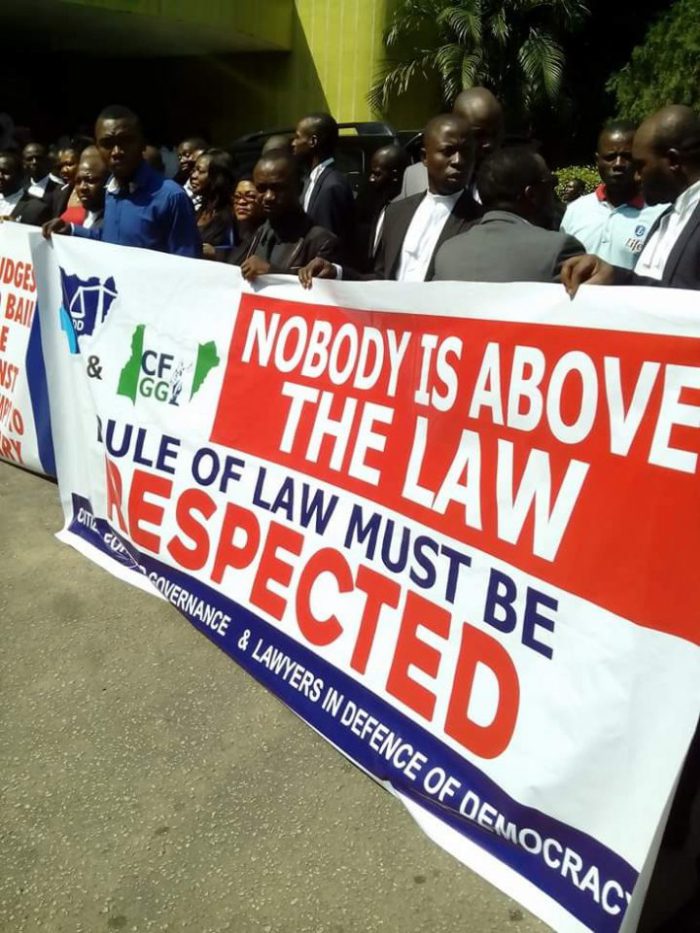 Thousands of protesting lawyers and Civil Society Groups storm the Federal High Court Abuja, Attorney General’s office, National Human Rights Commission, Aso Rock, Supreme Court and National Assembly insisting that judges must not step down as that will be victory for tyranny and intimidation.

The protesters are asking Judges to down tool until DSS obeys all pending judgments of court.

Major roads have been barricaded and there is palpable tension as the protesters met heavy resistance from security agents who are bent on blocking off the protesters and preventing them from marching on Aso Rock.

There is a major standoff on the Road leading to the Three Arms Zone. 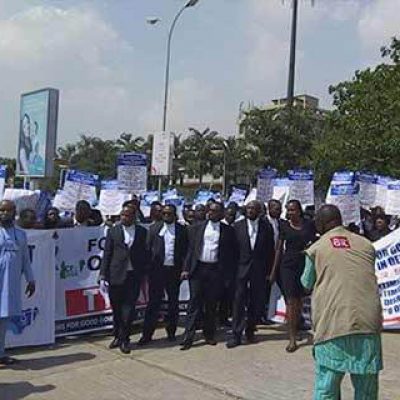 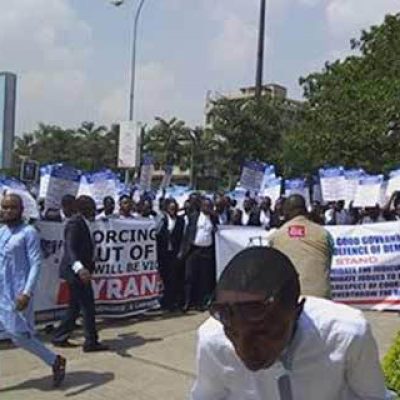 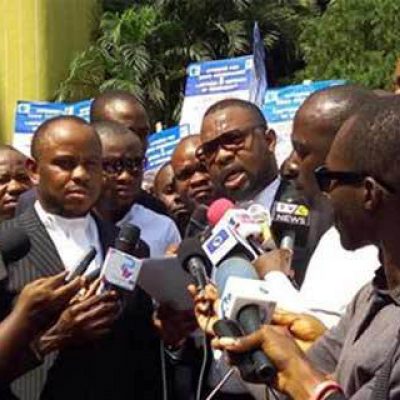 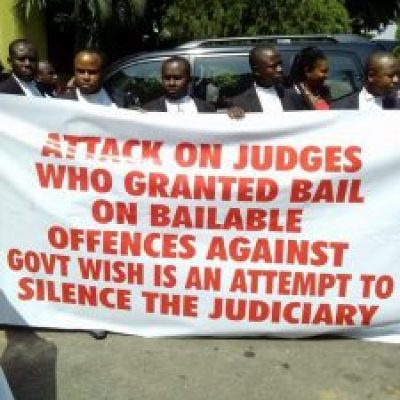 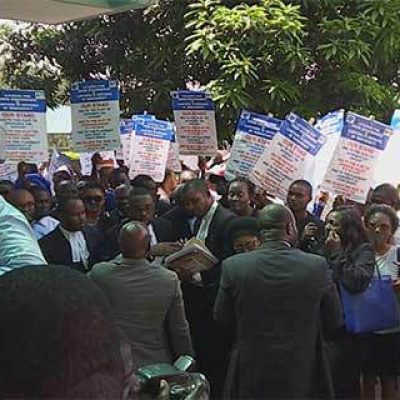