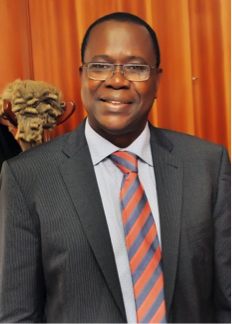 The Otu Oka-Iwu (Law Society), an umbrella body of lawyers of Igbo extraction, has strongly condemned the invasion of the residences of some judges by the Department of State Security (DSS) operatives, describing the raids as “unwarranted.”

In a statement signed by its President, Chief Chuks Ikokwu, the association said it received the news of the raids with “shock and deep anxiety,” adding that “We view the action of the Government and its security agencies as an ominous sign that the country is slipping back into the era of arbitrariness, contrary to democratic norms.”

According to the association, “While our association fully supports the government in its efforts to fight the monster of corruption, we do not support the government deploying tactics that do not align with democratic principles and the rule of law. The Judiciary remains the last bastion for the defence of human rights and civil liberties. An assault on the judiciary is an assault the very fabric of our nascent democracy. It portends severe danger for the polity, and must not be condoned by all who wish our country well.”

Continuing, the influential association of Igbo lawyers said: “There are clear constitutional and mandatory processes for dealing with judicial officers who abuse their oaths of office. Midnight raids on their homes are clearly not one of those processes. We believe that the fight against corruption can be done within the ambit of law. This is not only imperative for a government that aspires to enthrone law and order but also of pressing importance if the fruits of the anti-graft fight are to be sustainable.”

“While we support government’s anti-corruption fight,” the association stated, “we urge the security agencies to operate within the ambit of their constitutionally assigned roles. Security agencies should concern themselves more with painstaking investigation than mere theatrics which have since been jettisoned by other jurisdictions.”

The association called for “immediate release of the judicial officers so they can reunite with their apparently traumatized families, and urge the Federal Government to rein in its security agencies to avoid a recurrence.”