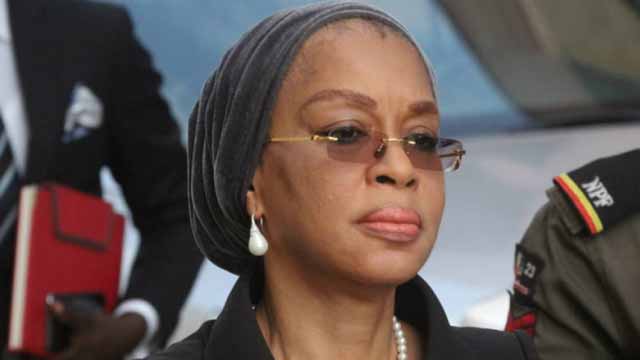 Justice Muslim Hassan of a Federal High Court in Lagos on Tuesday struck out a fundamental rights enforcement suit filed by Justice Rita Ofili-Ajumogobia, seeking immediate release from the custody of the Economic and Financial Crimes Commission.
Justice Hassan said the suit had become academic in view of Justice Ofili-Ajumogobia’s arraignment before a Lagos State High Court in Ikeja on Monday and the bail granted her on self recognition by Justice Hakeem Oshodi.
“The issue of the applicant’s bail from the EFCC custody has been overtaken by the event of her arraignment at the Lagos High Court and her subsequent release on bail by the court,” Justice Hassan held.
The judge also declined Justice Ofili-Ajumogobia’s prayer to declare that the remand order obtained by the EFCC from a magistrate court to detain her from November 10 till November 28, 2016 was unlawful, illegal and a violation of her fundamental human rights.
Justice Hassan held that the remand order issued by the magistrate was in line with the provision of Section 264(1) of the Administration of Criminal Justice Law of Lagos State, 2011.
The judge, however, condemned the decision of the EFCC to revoke the administrative bail earlier granted Justice Ofili-Ajumogobia.