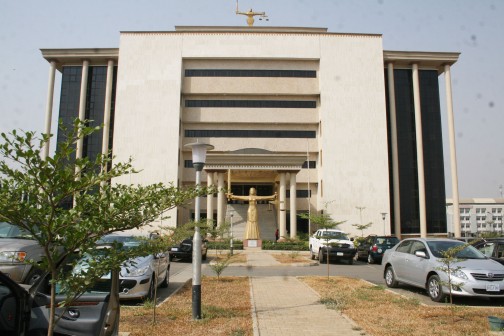 A legal practitioner, Rupert Irikefe and an unemployed graduate of gas engineering, Sunny Sekegor, have dragged the Federal Character Commission (FCC) and the Federal Inland Revenue Service (FIRS) before the Federal High Court in Abuja, over what they described as alleged illegal and secret recruitment of 370 persons on April 21, 2016 without following their own guidelines for recruitment.

The two in a suit filed and made available to journalists in Benin City, urged the court to sack and prosecute the Chairmen of the two bodies for alleged abuse of powers and deliberate breach of the laws on the enforcement of federal character principles, saying that they were marginalised and discriminated against and that the defendants have displaced outright disregard for accountability and rule of law by their conduct.

The plaintiff in the suit number FHC/ABJ/CS/764/16, narrated that they applied for jobs in these two federal parastatals but were advised by the authorities of the boards that they should look out for advertisements on the vacant positions and that it is only after the advertisement is out that people can now apply for the job.

The suit said therefore that “between April and June 2016, the 3rd and 4th defendants with active collaboration of the 1st and 2nd defendants, illegally or in a manner intended to undercut the laid down procedures for recruitments into vacancies in the 3rd defendants, recruited and inducted 370 persons as employees of the 3rd defendant.

“The secret and illegal recruitments only came to light when several online and social media sources published the information about the recruitment,” they alleged.

The plaintiffs disclosed that they later confirmed the secret recruitment through a letter from the FCC which was clear that “the defendants failed to follow the processes stipulated in their laws as to how recruitments are made which includes advertising the vacancies to enable qualified applicants apply for the positions.