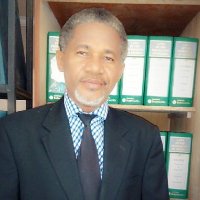 A Lagos-based lawyer and activist, Chief Malcom Omirhobo, monday asked a Federal High Court in Lagos, to declare as unlawful the extension of public holidays beyond the days set out for them.

In the new suit numbered FHC/L/CS/1450/16, the defendants are: The Attorney General of the Federation and the Minister of Interior.

The plaintiff’s suit is brought pursuant to the provisions of Order three, Rules six, seven and eight of the Federal High Court Civil Procedure rules of 2009

Omirhobo is seeking an interpretation as to whether in the face of the Public Holidays Act of 1979, it is legal for the defendants to reschedule public holidays from Saturdays or Sundays to Monday.

The plaintiff seeks an interpretation whether it is lawful for the defendant to even extend public holidays beyond the days set out for them.

Omirhobo now seeks a court order, compelling the defendants not to declare October 2, 2017 (Monday) as public holidays for the celebration of Nigeria’s 57th independence, in place of October 1, 2017 (Sunday).

The plaintiff seeks further order or orders as the court may deem necessary to make in the circumstance of the case.

No date has been fixed for hearing of the suit