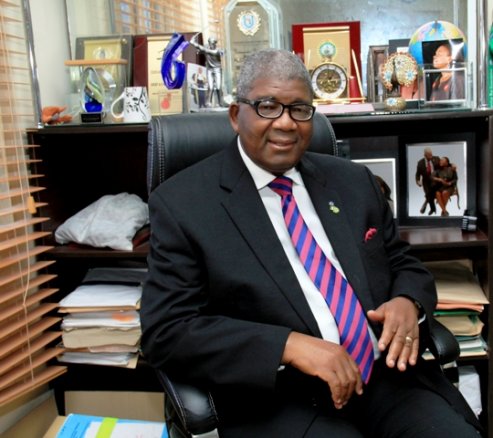 Senior lawyers that claim to have privileged knowledge of corrupt senior and junior lawyers and judicial officers should specifically mention the names of the bad eggs, a member of the Body of Benchers, Chief Adegboyega Awomolo (SAN), has said.

Awomolo, a member of the Legal Practitioners Disciplinary Committee (LPDC), who made this call as a representative of the Senior Advocates of Nigeria at the 2016/2017 Legal Year ceremony of the Federal Capital Territory (FCT) Judiciary, said it is strange to hear lawyers speaking these days on national media that they knew judges who were corrupt but never named them.

He said: “This is the time to call on those privileged senior lawyers who claim to know the corrupt ones in the judiciary to name names and shame those senior and junior lawyers and judicial officers who they knew perpetrated endemic corruption and bring the administration of justice to shame.

“Allegations of corruption against judicial officer have been with us for decades but there is need for circumspection.”

Awomolo also said the bar and the bench have been brought very low in the eyes and estimation of average Nigerians with the various allegations against some members of the bench. “To say all judges are corrupt in my view is not a true statement, even though this is not to say there are no corrupt judges or lawyers. This is not the time for blame game,” he said.

A former Attorney-General and Commissioner for Justice in Osun State, Awomolo said justice was rooted in confidence and there was need to strengthen the faith of Nigerians in the judicial institution.

He said the Nigeria Judicial Council (NJC) must continue to act within the law, respect its integrity and be consistent in all its decisions.

“Judicial officers must be treated in accordance with the law and the rules of the NJC not any noise of the market,” he said.