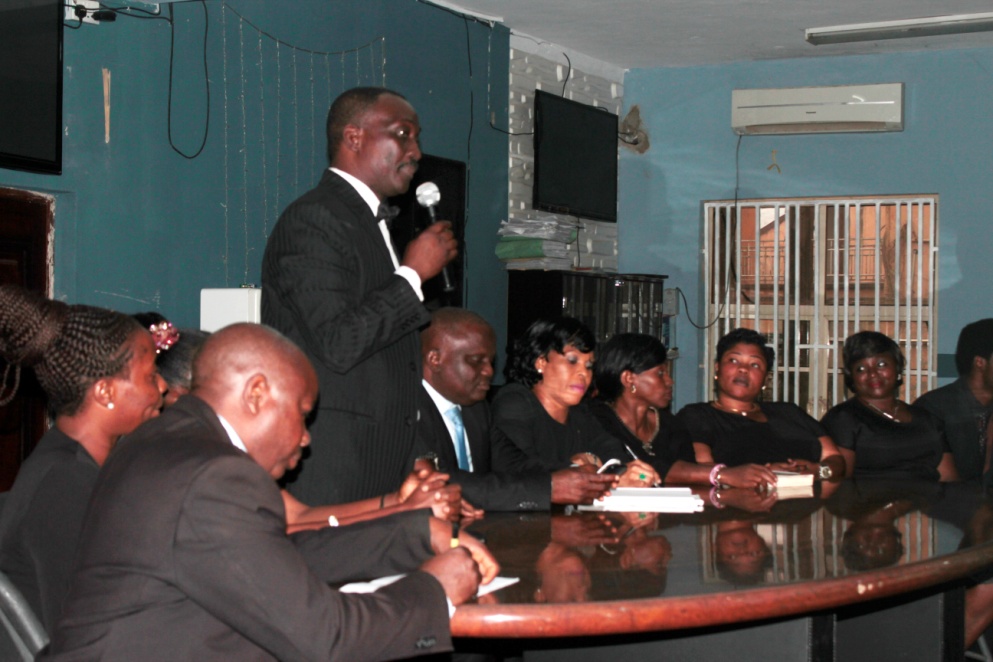 The leadership crisis rocking the Ikeja Lagos Branch of the Nigeria Bar Association took a drastic turn today as members called for an indefinite suspension of the Branch NBA meeting.

Shortly after the monthly meeting was called to order, a member of the Branch who, simply identified himself as, Bar. Chiedu moved a motion for an indefinite suspension of the Meeting. The motion, which was immediately seconded by Bar. Abioye Beckley brought the meeting to an abrupt end.

Bar. Adetunji Akinyemi, Personal Assistant to the Branch Secretary who spoke to our correspondence noted that the suspension became necessary following the continued leadership feud which has resulted in the failure to convene successive monthly meeting of the Association since after the election. He noted that the indefinite suspension would allow wider consultation among key stakeholders. In his words “the house accepted the suspension of the meeting because there is need for leadership in the association”.

Another member of the Association Barrister Adeshina Ogunlana stated that the NBA National Chairman, A B Mahmoud SAN is aware of the leadership feud and is expected to be in Lagos to intervene in the crisis. He is optimistic that the intervention of the National Chairman would help in finding lasting solution to the crisis.

It should be recalled that the leadership tussle rocking the Association has been ongoing since after its general election which was held about three months ago.

It is hoped that the proposed visit of the National Chairman would restore the desired peace in the once envied NBA Ikeja Branch.