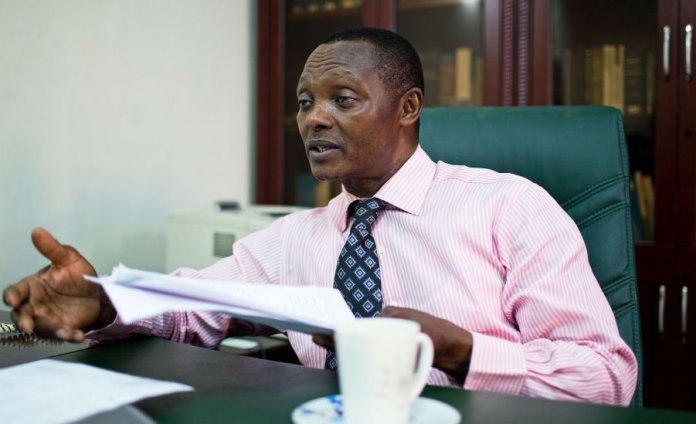 A right group Legal Defence and Assistance Project, (LEDAP)  have described as misconceived the plan by the Senate to invite and question the seven judges recently arrested by the Department of State Services for alleged corruption.

In a statement on Sunday by its National Coordinator, Mr. Chino Obiagwu, LEDAP said the constitution did not give the legislature any oversight function on the judiciary pursuant to the principle of separation of power.

According to the group, only the National Judicial Council is empowered by the constitution to regulate the conduct of judges and discipline any erring judicial officer.

LEDAP expressed concern that the recent arrest of judges by the DSS had opened the judiciary to interference and intimidation by the executive and the legislature.

It vowed that it would soon head for court to seek a protective order for the judiciary.

LEDAP said, “The 1999 Constitution, unlike the legal framework of past military regimes, has consolidated the independence of the judiciary and established the NJC as the only body responsible for the management of the judiciary.

“LEDAP is concerned that the recent raid and arrest of judges and justices by the DSS, and the continued assault and raid on judges by other agencies of the executive, have the effect of opening up the judiciary to unlawful and unconstitutional interference and intimidation by other arms of government, the reason for which the Senate has the temerity to speak about inviting judicial officers for questioning.

“LEDAP will shortly approach the courts to seek orders restraining any such invitation or summon of the arrested judicial officers as it amounts to attempt to browbeat and intimidate the judiciary.”

The group urged the executive and the legislature to look inward rather than focus on the judiciary.

It said, “There are a lot of corruption issues and corrupt politicians in the legislature and executive, which should preoccupy the senators.

“The scandal arising from the padding of the budget, which has been going on for many years in the legislature with connivance of the executive, as well as the bogus and secretive huge allowances and emoluments claimed by legislators are more damaging economic crimes against the Nigerian people that the Senate should address rather than intimidating few judges alleged to be corrupt.

“There are several court orders directing the National Assembly to disclose salaries and emoluments of its members, and details of constituency allowances claimed yearly by legislators. It has refused to obey these judgments of the courts.”

LEDAP called on the Nigerian Bar Association to resist attempts by the executive and the legislature to take over the judiciary.