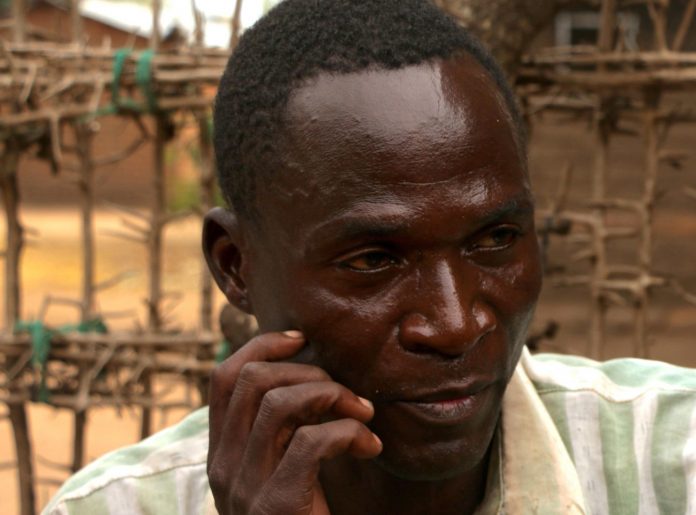 A Malawian man accused of sleeping with more than 100 girls and women in a series of traditional cleansing rituals was on Friday convicted by a court of “engaging in harmful practices”.

Eric Aniva who has said he is infected with the HIV virus  was prosecuted after publicly speaking about his role as a “hyena” in a BBC documentary.

Custom in some parts of southern Malawi demands that a man, known as a “hyena”, is paid to have sex with bereaved widows to exorcise evil spirits and to prevent other deaths occurring.

At the request of a girl’s parents, the “hyena” is also paid to have sex with adolescents to mark their passage to womanhood after their first menstruation.

The ritual, which many Malawians says is rarely practised today, is believed to train girls to become good wives and protect them from disease or misfortune that could fall on their families.

In the first case of its kind, Aniva, 45, was found guilty on two counts by magistrate Innocent Nebi after a one-day trial in a packed courtroom in the district of Nsanje.

“It is clear… that the state has proved beyond reasonable doubt that the accused was engaging in harmful practices,” the magistrate said.

“I find you guilty and convict you accordingly,” he said, adding that sentencing would be on November 22.

He faces a maximum of five years in jail.

The state produced six witnesses against Aniva, pleaded not guilty.

The magistrate said the court had concluded that “sexual cleansing violates the dignity of widows”.

State prosecutor Chiyembekezo Banda demanded a long prison sentence for Aniva, saying he was probably responsible for the spread of HIV.

Malawi is one of the worst affected countries in the world, with 27,000 deaths from AIDS-related illnesses and nine percent of the adult population infected with HIV.

Michael Goba Chipeta, Aniva’s defence lawyer, told the court his client should not be jailed.

Chipeta appealed for Aniva to not be used as “a sacrificial lamb”, saying “the publicity he has attracted is punishment enough”.

Before being led by police to his cell, Aniva told AFP: “I am not worried about being convicted. I think I will be given a suspended sentence.”

His second wife Sophia, who was in court, was in tears and declined to speak to the press.

Aniva is said to have slept with at least 104 women and girls, some as young as 12, in a ritual that lasts three days.