Home News Man accused of raping his daughter tries to commit suicide in... 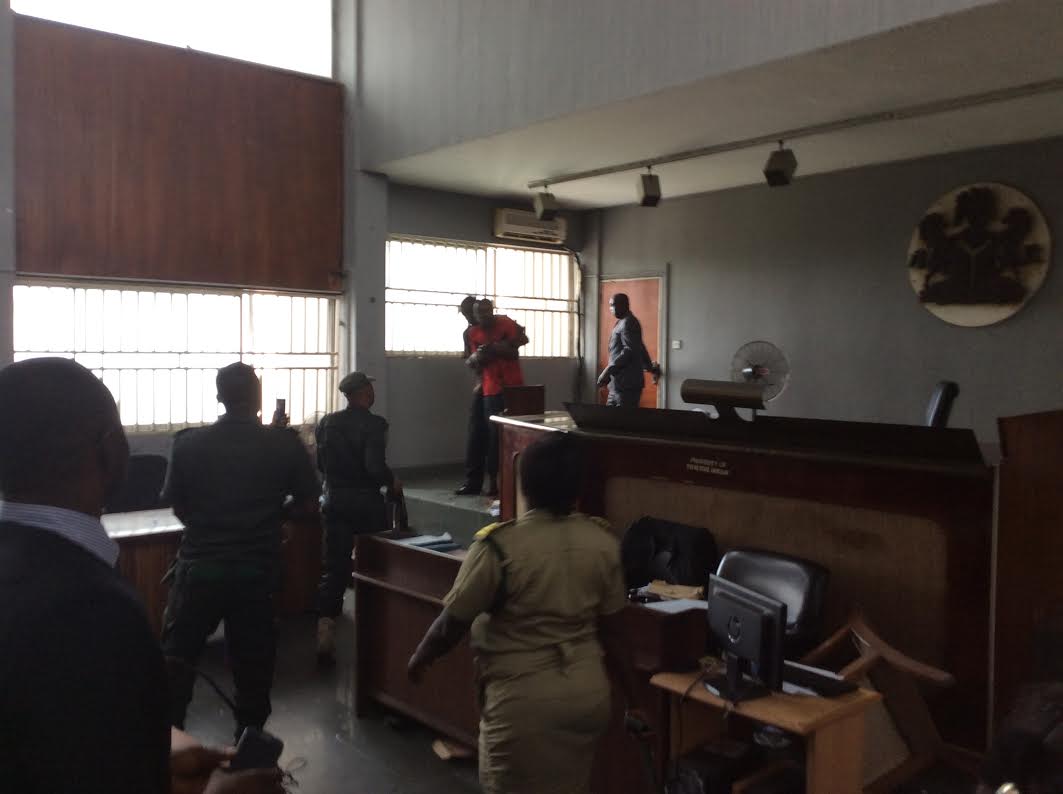 Chief Magistrate F.N Amanze of the Magistrate court in Port Harcourt has remanded one Ibinabo Franklin in prison for using his seventeen-year-old daughter as a sex slave.

Thirty-eight-year-old Franklin had confirmed to the court that he had canal knowledge of his daughter.

Franklin, in his testimony, told the court that he chained his seventeen year old daughter, raped her and left her bleeding.

He appealed to the court to tamper justice with mercy, adding that he never knew what came over him.

A mild drama happened after the court session  as Ibinabo Franklin tried to commit suicide as he broke tiles and bottles on his head.

But for the handcuffs, the deranged man also made several attempts to stab himself with the sharp edge of broken tiles and bottles.

It took the intervention of Prisons armed squad and able-bodied youths to overpower Franklin, who was already bleeding.

Some litigants and court officials, who witnessed the incident, spoke with newsmen.

However, Chief Magistrate Amanze adjourned the matter to December 23 for mention and recommended that the girl should go through psychological rehabilitation.

Melaye was Tear Gassed before He Jumped off Police Vehicle -Ozekhome

Guidelines for Electronic Filing of Cases at the Court of Appeal...