Home News Man in Court for beating up Father’s tenant 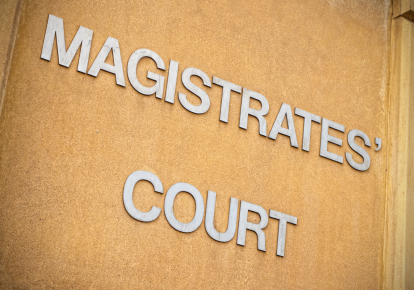 For allegedly beating up his father’ s tenant, Abayomi Shorungbe, 47,  was on Friday brought before an Ikeja Chief Magistrates’ Court in Lagos.

The accused, who works at the Ikeja airport and resides at 8, Ejire Lane, Orile-Agege, a suburb of Lagos, is being tried for conspiracy and assault.

The prosecutor, Insp. Clifford Ogu, told the court that the offences were committed on Oct. 24 at the accused’s residence.

Ogu said the complainant, one Mr Adewale Adejoro, is one of the tenants of the accused’s father.

“Because he hasn’t paid his house rent, the accused hired two soldiers who came to the house and dragged him to an unknown place.

“The accused was beaten several times and was made to write a letter of undertaking that he will vacate his apartment by end of year,” he said.

Ogu said the two soldiers are at large and that the offences contravene Sections 166, 171 and 409 of the Criminal Law of Lagos State, 2011.

The accused, however, pleaded not guilty to the two counts.

The Chief Magistrate, Mrs Taiwo Akanni, admitted the accused to bail in the sum of N50,000 with one surety in like sum.

Akanni adjourned the case till Nov. 28, for mention.