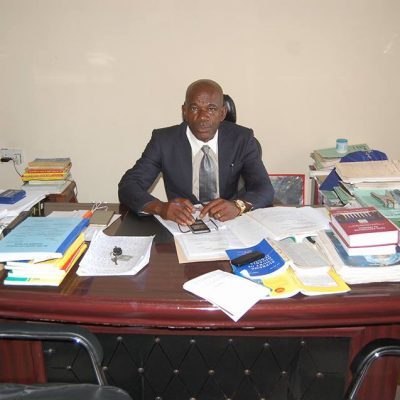 His name is Barrister Mike I. Tyonongo and he is the Principal/Consultant in Mike I. Tyonongo & Company a law firm in Jalingo the Taraba State capital. He has made history by becoming the first lawyer in the state capital to purchase a car for Barrister Godfrey Leave, on of his juniors in chambers. Described as an experienced gentleman, Tyonongo has shown an admirable selflessness in his relationship with young lawyers who have passed through him.

Read the glowing tribute to Bar. Tyonongo by the Taraba Lawyers Forum:

EXPERIENCED MIKE TYONONGO BREAKS RECORD ON WELFARISM; ADVISES UPCOMING LAWYERS ON WHAT IT TAKES TO OPEN A CHAMBERS

Benson Idahosa once said “if you are to be a successful person, surround yourself with successful people, what they possess will somehow spill over on you and enhance your life”. Successful people or champions link their living with greatness; the men of ideas invariably discuss ideas that advance the course of their life and not on petty issues. Mingle with the men of vision who can inspire you and propel you progressively and buoyantly to achieve your destiny.

This we can say aptly describes the life of the Principal/Consultant, Mike I. Tyonongo & Company in the person of Barrister Mike Tyonongo, an experienced hand on this noble profession. Called to the Bar way back in 1991 after his Law School Programme at Victoria Island Lagos, he began his practiced with J.D Mozia & Co at No 10, Jimeta, Yola where he was well drilled on the job from 1991 to 1992. In July, 1992, he came back to Jalingo where he became an Associate with S.A Damisa & Associates in their office at Palace Way, Kasuwa Yelwa Jalingo. No sooner than his joining the Chambers, was his Partner cum Associate, the late Steven Damisa  appointed a Supervisory Counsellor at Donga Local Government Council leaving the entire Chambers at his behest; a Chamber he held forth till 1996 when Damisa returned after his period of service and both worked together for about five months before Tyonongo’s exit.

Having learnt fully the rudiments of the law as well as the nitty gritty of managing an entire Chambers, Bar Mike Tyonongo felt it was time to move on, hence he established his law firm, Mike I. Tyonongo & Company popularly known in Tiv dialect as (Mnguanyi Chambers) his late mothers name, meaning “What do i have” in 1996 at Barde Way, Jalingo in a very small space. In December, 2015, Tyonongo moved to a very big and expansive accommodation having the basic facilities of what an ideal Chambers should be at Iro House along Nyamusala road. On our visit to his Chambers, we were highly elated at the level of progress over the years.

Mnguanyi chambers had over the years produced lawyers who are today doing well on their own amongst which are Barrister Nun Riman Dashe who is presently the Personal Assistant to the wife of the Executive Governor, Barrister Anna Darius Dickson Ishaku. Barrister Dashe joined Mnguanyi Chambers in 1997 and had a swell time there before leaving.

Equally on the list of his tutee are the likes of Barrister Elijah Chia who spent about 6 years with him and has today established his own chambers and doing pretty well. Barrister Suleimuri Usman now with a Federal Agency falls on this list. Barrister Rimankara Goni is on the list of the Tyonongo’s boys who are on their own and not forgetting Barrister A.I Umar and Barrister Baba Hadi Nguroje now the Legal Adviser of High land Tea Industry at Kakara Gembu. Today he has in his chambers the witty and highly humble G.T Leave who indeed is a worthy and trusted fellow following the exit of Barrister Ekwere after his Youth Service Programme. Barrister Leave you will agree with us is a beacon or a guiding light for up coming lawyers as his respect not only to his seniors and colleague as well as his love for the practice is what has propelled him to the height he has attained today with respect to his sound grasp of the law.

The Principal/Consultant of Mnguanyi Chambers, Barrister Tyonongo is indeed a lawyer with a large heart as to our restricted knowledge, he remains the first lawyer in Jalingo who single handedly has purchased a car for his junior to ease the rigours of practice. Today Barrister Godfrey Leave is the proud owner of Honda Hennesy as clearly gleaned in the picture and this he cruises with joy around town. We must congratulate our learned senior, Barrister Tyonongo for this gesture and urge other Principal to emulate this kind attitude. This shows we are indeed of age at the Jalingo Bar.

On advice to juniors, Barrister Mike Tyonongo admonishes younger ones to take their time to grasp the basic rudiments of the law before establishing their chambers. For him, young lawyers of today are just in a hurry to establish chambers, buy a good car, build their house and marry at the same time but this ought to be a gradual process. Rome was not built in a day after all. Take your time and learn the nitty gritty of the law under your Principal at the incubatory stage and the money will soon follow at a measure beyond your expectation when you open yours. Before establishing chambers, you ought to have the basic facilities like good office equipment and books for practice and have a vision of what your chambers should look like. Should you open your chambers, how do you expect to fund same because the cases doesn’t come immediately and this at times lead to sharp practice in the profession. Young lawyers should equally learn to manage their time for the work is indeed demanding.

We whole heartedly agree with the submission of Most Learned Senior, Barrister Mike Tyonongo as we equally congratulate him on his new location, his open handedness to the entire Jalingo Bar each time he is called on and equally in his quest at making life smooth for his juniors. To Barrister Godfrey Leave, we at Taraba Lawyers advice that to whom much is given, much is expected. To our other Principals in Jalingo, we equally say that to whom much is expected, much should be given. Make life comfortable to the younger ones and we believe you will get the best from them. On the whole, Congratulations Mnguanyi Chambers.

Photos of the Car and  Beneficiary: 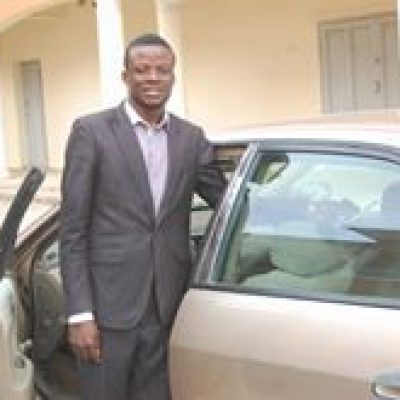 Leave with his Car 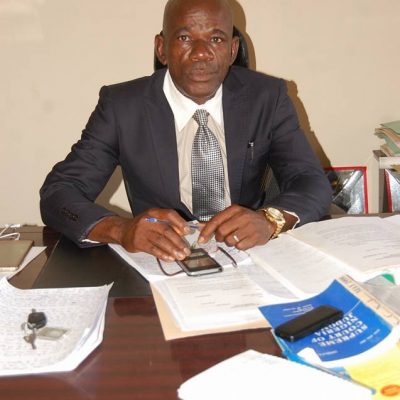 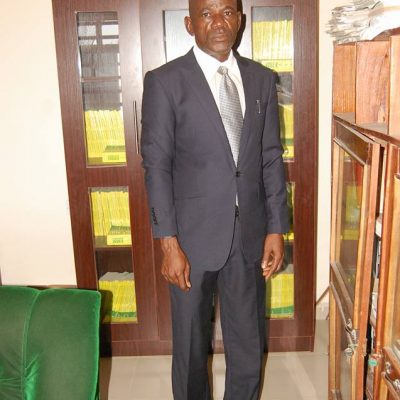 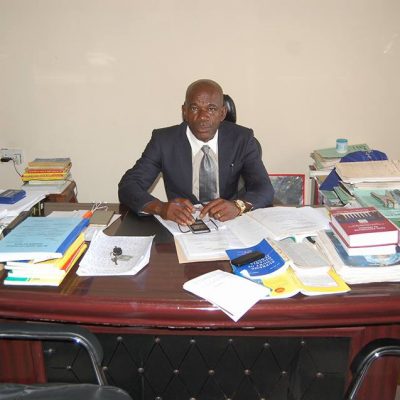 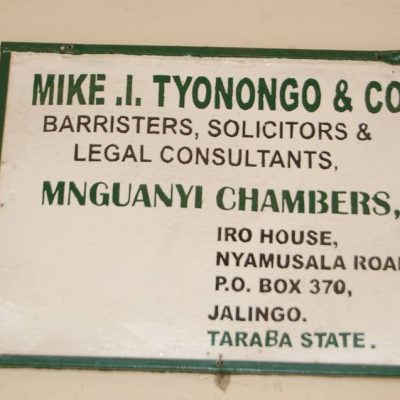