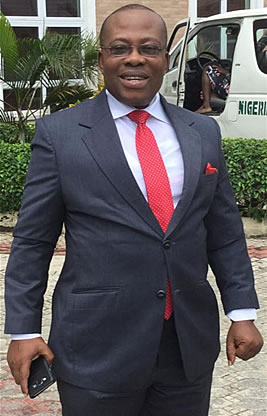 Yesterday in a well attended and organized 10th Anniversary of the Nigerian Media Nite Out Award event, Mr Monday Onyekachi Ubani, the current 2nd Vice President of NBA and the founder of ONYEKACHI UBANI FOUNDATION, bagged the Legal Practitioner of the Year Award beating other notable nominees. It will be recalled that sometime last year, Mr Ubani was given Lawyer of the Year Award by another reputable organization for outstanding contributions to the development of the legal profession.

The Festival of Nigerian Media Nite-Out Awards, is the only award dedicated to the evolution of media, celebrating the best in media thinking communications and positive contributors to nationhood across the world. Judged by a senior panel of agency heads and regional media marketers, this award seeks to reward excellence to those men and women who employ a variety of media channels to report a story using social media, and contributions of those whose acts using their professions affect society positively.

Mr Monday Ubani, got his award based on his excellent and exceptional contributions in the promotion and development of the the legal profession generally.

This year’s event witnessed awards to several notable citizens and reputable organizations. The Best Performing Governor Award went to Governor Akinwumi Ambode of Lagos State while the Amazon Award went to the First Lady of Kogi State. Other recipients include Mr Jones Usen, the popular host of Kubaji Direct program that is aired from Monday to Friday on Radio Continental 102.3fm for Best Program on Radio Award.

the little he has done and promised that this will act as a tonic for him to do more to preach and enthrone justice and equity to the downtrodden and helpless in the society. To whom much is given much is required, he concluded.

Mr Ubani is a popular host to a program “Know Your Rights with Mr Ubani” which is aired weekly on Lagos-based Radio Continental 102.3fm. Our crew wishes him more success ahead!