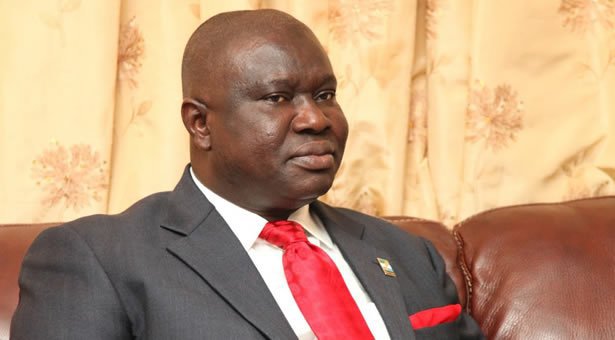 Following last week’s decision by a Court of Appeal in Lagos that Chief Adeyemi Ikuforiji must face a fresh trial over N500 million money laundering charges, the former Speaker of the Lagos State House of Assembly has challenged the ruling at the Supreme Court.
In a notice of appeal filed before the Lagos Division of the Appeal Court, Chief Ikuforiji and his personal assistant, Mr. Olabode Atoyebi, who was charged along with him, are asking the apex court to set aside the ruling of the Appeal Court.
In the notice, the appellants described the court’s decisions as unreasonable, unwarranted, and not supported by the evidence and material on record.
The appellants urged the Supreme Court to uphold their no-case submission as upheld by a Lagos Division of the Federal High Court headed by Justice Ibrahim Buba on September 26, 2014, and dismiss the appellate court’s decision.
The appellants further stated that more grounds of appeal would be filed upon receipt of the certified true copy of the Court of Appeal ruling.
The appellate court had in a unanimous judgment set aside the verdict of the trial judge, Justice Buba, and declared that the Economic and Financial Crimes Commission (EFCC) had made out a prima facie case against the accused.
In the lead judgment delivered by Justice Biobela Georgewill, the court also ordered that trial should start ‘de novo’ (afresh) before another judge other than Justice Buba, in light of the far-reaching findings already made by him.
Other members of the three-member panel include Justice Side Bage and Justice Ugochukwu Ogakwu.
Justice Buba had discharged Ikuforiji and Atoyebi of a 56-count charge of conspiracy and laundering the sum of N500 million belonging to the Assembly.
The offences, according to the EFCC, contravene the provisions of Sections 15 (1d) and 16(1d) of Money Laundry Act, MLA, 2004 and 2011.
The trial Judge, who discharged the Speaker and Mr. Atoyebi, while ruling on a no-case submission filed by the accused persons held that the EFCC failed to establish a prima-facie case against them.
Dissatisfied with the ruling, the EFCC through its counsel, Godwin Obla, filed the Notice of Appeal dated September 30, 2014.
Mr. Obla asked the Court of Appeal to hold that Justice Buba erred in law when he held that counts two to 48 were incompetent because they were filed pursuant to Section 1(a) of the Money Laundering (Prohibition) Act, 2004 which was repealed by an Act in 2011.
The EFCC further argued that the lower court erred in law when it held that the provisions of Section 1 of the Money Laundering (Prohibition) Act, 2004 and 2011 only applied to natural persons and corporate bodies other than government.
The commission also submitted that the trial judge erred in law when he held and concluded that the testimonies of the prosecution witnesses supported the innocence of the respondents.
Justice Georgewill in his lead judgment held that the offences created by Section 1 of the MLA 2004 and 2011 respectively were strict liability offences.
The judge also said that their proof does not depend on the purposes the money was used for if the amount was above the threshold stipulated by law.
“Regrettably, the court below went on a voyage of its own, discussing cash payment of million made to the Super Eagles in Brazil, even without any scintilla of evidence before it, instead of remaining focused on the issue at hand.
“Does the fact that all persons likely to have committed a particular alleged offence have not been prosecuted become a reason for the court to decline jurisdiction of one of them being prosecuted? Certainly not.
“I consider many of the issues raised so randomly by the court below as irrelevant and inconsequential to the just determination of the question before it, which is, whether the appellant made out a prima facie case.
“Very worrisome to me, is the attitude of the court below, considering between the decision of this court and its own decision on which one to follow, even when its attention was called to the decision of this court.
“I find this attitude quite bizarre and not in sync with judicial attitude toward the time honoured doctrine of stare decisis. It is pure rascality, impertinence and disregard for judicial hierarchy in this country.
“In light of my finding above, I have no difficulty resolving the sole issue for determination in the negative against the respondents in favour of the appellant.
“I hold firmly therefore, that the appeal has merit and ought to be allowed; the ruling of the lower court is hereby set aside,” Justice Georgewill held.

NBA 2020 Elections: Beware, We Deal Only with Branches on Correction...