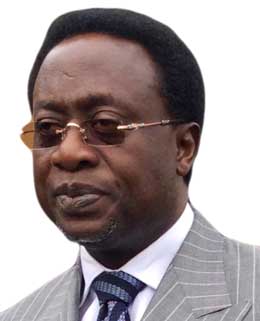 In a letter dated September 8, 2016‎, the NBA said the petition against Oluyede by a Senior Advocate of Nigeria (SAN), Chief Godwin Obla discloses no prima facie case of professional misconduct against the lawyer.

‎In the petition against Oluyede before the NBA, Obla denied the controversial leakage of the information of an alleged plot to abduct and extradite Buruji Kashamu, to the United States of America in order to face trial over alleged drug-trafficking offence to Oluyede.

In an affidavit before the court, Ajibola Oluyede, maintained that the plot was leaked to him by a Senior Advocate of Nigeria, Chief Godwin Obla, who is believed to be close to the immediate past Attorney General of the Federation and Minster of Justice, Mr Mohammed Adoke (SAN), from whom he (Obla) allegedly got the information.

Obla, who denied having or leaking the information, had dragged Oluyede before the Legal Practitioner Disciplinary Committee, accusing him of fabricating the story to make his client’s case look good.

He had said he could never have had and shared such a piece of information with Oluyede.

After the LPDC heard the parties involved in the matter, the committee in its decision communicated to Chief Obla and signed by Mr Isiaka Abiola Olagunju said, “We write to inform you that the NBA Disciplinary Committee, Abuja Panel B has concluded the hearing of your‎ petition, it is the decision of the panel that your petition does not disclose a prima facie case of professional misconduct.

“Therefore, your petition against the respondent (Oluyede) is hereby dismissed.”

The controversy started with a petition dated April 15, 2015, which was authored and sent to the National Human Rights Commission (NHRC) by Oluyede on behalf of Kashamu.

Oluyede had stated in the petition that Obla leaked the information to him while they were both on a flight from Abuja to Lagos.

Following Obla’s denial of leaking the information, Oluyede again reacted by insisting that the information was unsolicited when Obla offered it to him as a “whistle blower.”

Oluyede said in a statement, “I have just seen Mr Obla’s reaction to the letter written by my firm to the NHRC. I assume from the tone of the rejoinder that Mr Obla is under fire for leaking this information to me and I am therefore not surprised.

“It is true that Mr Obla and I are only acquaintances and this was the reason I thought of him as a conscientious and honourable whistleblower when he gave me this unsolicited information.

“I had, in the matter he referred to in his rejoinder, begun to admire his candour and independent thinking. Even at that time he was very open about his candid views about the facts of that case.

“I naturally informed my client about the information as soon as Mr Obla offered it and when the matter developed, I had no hesitation in confirming it to debunk the growing impression that he was merely imagining the matter.

“I sympathise with Chief Obla if my duty to my client has brought him discomfort. I, however, see his resort to abusive language and threats as totally unjustifiable and untenable.”