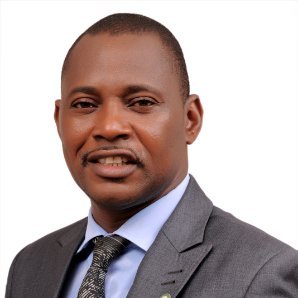 Shortly after the completion and grand opening of the Nigeria Bar Association (NBA) National Secretariat in Abuja, the Lagos Branch of the NBA under the Chairmanship of Mr. Martin A. Ogunleye is set to follow suit with plan to also erect a magnificent NBA Ikeja Secretariat in Lekki Lagos underway.
The Chairman of the Branch said this during the Branch’s monthly meeting which held at the Foyer of the Lagos High Court Igbosere Lagos on Thursday, September 15, 2016.
The Chairman while informing the members of the plan to commence the construction of  the secretariat noted that as the popular saying “envy great things” the Exco is poised to follow the footstep of the National Body to ensure that a state of the art secretariat is also replicated in the branch.
In his words  “the committee has been moving around gathering fund to that effect.” He added that part of the plans being put in place would be to have a funding launch for the project. “A landed property at Lekki was donated to the branch since 2004; therefore, the land should be developed. Many actions are already in place regarding the new secretariat.” He noted.
The Branch secretary Stephen O. Obajaja, on his part reminded members of the Branch that it is on record that the major benevolence to the newly completed National secretariat came from members of the NBA Lagos branch. “If members of the branch can show the national body support, we will move forward in building this new secretariat by next year.”
Other members of the branch who spoke with our correspondence noted that this is a laudable idea and expressed confidence that the project would be successful under the present leadership. Many however expressed concern over the present economic situation noting that the plan may be ill timed in view of the harsh economic situation.

The Exco of the branch are expected to unveil fuller plan to this effect soon.
Another issue which took front burner at the monthly meeting was the issue of introduction of electronic mail for all lawyers by the Supreme Court.
According to Ikechuckwu Owana the branch’s coordinator of the project said that the supreme court introduced the service electronic mail to enhance the practice and also aid swift communication in the legal community. “This email is a process of getting every lawyer flow along with globalization.” Any email request carrying your registration number is genuine.” He urged all members to respond to this call by supplying all necessary information required.
The Chairman of the branch said the email is very important because it will reduce some cost for the branch. Also, Information can easily be passed across to every member.
“This mail is in bid to improve the legal community as we are also moving to the stage where dues will be paid online.”