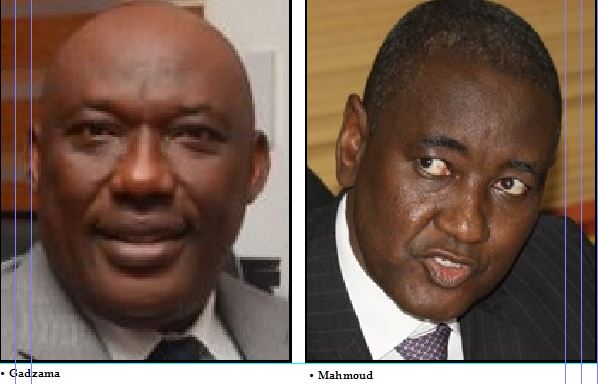 A High Court of the Federal Capital Territory (FCT) sitting in Maitama, Abuja has adjourned sine die, the case filed by Chief Joe Gadzama SAN, challenging the election of Abubakar Mahmud as president of the Nigerian Bar Association (NBA).

Chief Sebastine Hon SAN, counsel to Gadzama had in a letter dated November 30th, 2016 asked the court to adjourn the case to allow his client appeal the ruling of the court.

Hon SAN had said in the letter, “Application For Adjournment Sine Die. You may recall that we have appealed against the ruling on our application for consolidation of preliminary objection with the substantive suit delivered on November 8, 2016 by his Lordship, Justice Y. Halilu

“The notices of appeal already before this honourable court were filed on 15th and 22nd November, 2016 respectively. The Record of Appeal has also been transmitted to the court of appeal and served on all defendants/respondents.

“In view of the pending appeal which has been duly entered, we hereby apply for adjournment of this matter sine die pending the decision of the court of appeal”.

Gadzama had wanted the court to consolidate the processes filed in the matter. Justice Y. Halilu had ordered that he will hear the motion challenging the jurisdiction of the court. Not satisfied by the ruling of the court, Chief Hon proceeded to the appeal court to challenge the ruling.

The NBA president in his objection to the suit filed by Gadzama, asked the court to strike out the suit.

Mahmoud, through his counsel Paul Erokoro (SAN), said Gadzama did not first channel his complaints to the NBA Dispute Resolution Committee before suing.

“This suit has not complied with the requirements of due process. The condition-precedent to the commencement of this suit was not fulfilled,” Mahmoud said.

Mahmoud said Gadzama’s suit was premature and robs the court of jurisdiction.

Gadzama contested the presidency with Mahmud but lost the election.

After Mahmud emerged as the president of the NBA at the Annual General Conference of the association in Port-Harcourt, Rivers ‎State, Gadzama, not satisfied with the outcome approached the court to challenge the election on the ground that many lawyers were disenfranchised from voting during the election.

In the suit, Gadzama told the court that he polled 2,963 votes in the election rather than the 2,384 announced by the electoral committee.

Gadzama, in his statement of claim, said: “The Plaintiff avers that contrary to the result declared by the eight Defendant (Mr. Kenneth Mozia (SAN), Chairman, Electoral Committee of the NBA), at the close of voting, at 12:00 midnight on Sunday, 31st July, 2016, the result of the 2016 Nigerian Bar Association Election as it relates to the office/position of the President, as collated from and contained on the official voting domain/platform was as follows: Joe-Kyari Gadzama, 2,963; Abubakar B. Mahmoud, 2,465.”‎