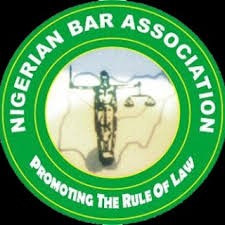 The Nigeria Bar Association (NBA), Yobe State Chapter, has expressed dismay over the extortion of money from motorists at check points dotted along Potiskum – Maiduguri Road.

Chairman of the NBA, Yobe State Chapter, Barrister Bashir Mohammed Salihu, disclosed this during a press conference in his office.

According to him, the present situation regarding security check points in Yobe State was alarming, leading to long queues, mostly in major towns of the state

He added that, the long queues are intentionally created by the security personnel, who do not checking anything but indulge in collecting money from motorists, and even go to the extent of giving drivers mostly commercial vehicles change where the drivers do not have the required denomination.

The chairman appreciated the efforts of Yobe State Governor, Ibrahim Gaidam and the State Attorney – General, Ahmed Mustapha Goniri and other cabinet members in securing the lives and properties of the people of the State and also appealed to the Governor to take necessary measures in ensuring that the security operatives do their jobs ethically and not prey on the poor people of the state by turning these check points into money collecting centers.

NBA 2018 Election: Do not Disenfranchise Our Members – NBA Badagry...