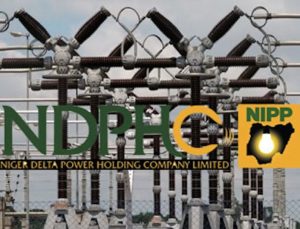 The Niger Delta Power Holding Company Limited ( NDPHC) has been restrained by a Federal High court sitting in Awka, the Anambra State capital,  from routing its 330KVA power line through the palace of the traditional ruler of Mbosi, Ihiala Local Government Area, Igwe Onuakalusi, particularly the mausoleum and   its surroundings.

The suit which was filed by Prince Okey-Joe Onuakalusi, the regent of Mbosi after the death of his father, Igwe Onuakalusi also sought an order restraining the NDPHC from routing the 330KVA power line through any other places in Mbosi except those places it earlier marked and paid compensation for to the community and N1 million compensation be paid to owners of properties, which included economic trees that were allegedly damaged by the NDPHC in the course of routing the 330KVA power line through their areas.

The presiding Judge Justice I.N Oweibo,  granted all the reliefs sought by the Plaintiff.

Prior to the judgment, counsel to NDPHC, and two others , Mr Emmanuel Ogbuji and Engr James Arugo, Defendants, Mr A.O. Oraezueme had challenged the Court’s Jurisdiction to entertain the suit on the ground that it bothered on land which is exclusive   preserve   of   a state High court, customary, magistrate or Area courts.