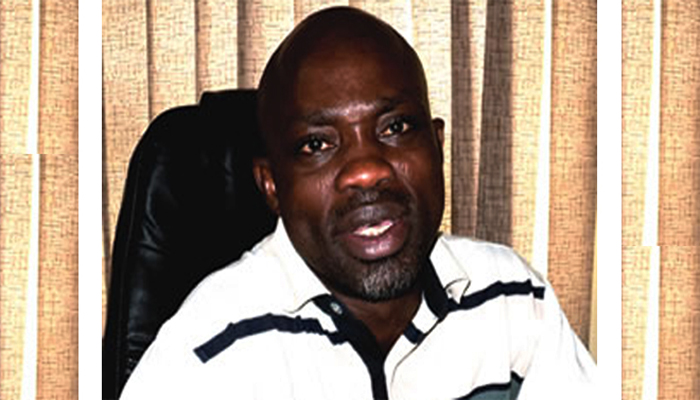 The Socio-Economic Rights and Accountability Project, SERAP has been sued over alleged “campaign of calumny against Mrs. Dame Patience Jonathan using online, print and electronic media to publish to the public unfounded and malicious allegations that she stole $15m (US) and ought to be prosecuted.”

In a statement dated October 20 and signed by SERAP executive director Adetokunbo Mumuni, the organization said, “On 18th October 2016 at about 3 p.m. we received court papers dated 6th October 2016 from a bailiff. The papers indicate that one Union of Niger Delta Youth Organization for Equity, Justice and Good Governance suing for themselves and on behalf of Mrs. Dame Patience Jonathan filed a suit number FHC/L/CS/1349/2016 before a Federal High Court in Lagos against SERAP.”

According to Mumuni, “the court papers also indicate a prayer for an order of interim injunction restraining SERAP from taking any further steps in further vilification, condemnation and conviction of the Former First Lady Mrs Dame Patience Jonathan, in all public media and in the use of the judicial process for that purpose by the extremely publicized pursuit of any application for the coercion of the Attorney General of the Federation to prosecute the Plaintiff/Applicant for owning legitimate private property, pending the hearing and determination of the Originating Summons.”

Mr. Mumuni also revealed that, “The suit is seeking an order directing SERAP to stay all action and to desist forthwith from proceeding against Mrs. Dame Patience Jonathan, with any process whatsoever, pending the hearing and determination of the Originating Summons. SERAP was also served a separate application to be joined in the suit number FHC/L/CS/1318/2016 earlier filed by SERAP against the Attorney General of the Federation and Minister of Justice, Abubakar Malami, SAN, over allegations of $15 million unexplained wealth against Mrs. Jonathan.”

In reaction to the development, Mr. Mumuni said, “SERAP categorically rejects these misleading and entirely unfounded accusations against us by Mrs. Patience Jonathan and her group, and we will vigorously oppose the suit in court. SERAP will never, in the discharge of its mandates, succumb to any intimidation, harassment and attacks in any way, shape or form. We are now consulting with our lawyers and will be preparing shortly our defence in court.”

According to Mr. Mumuni, “At no time did SERAP suggest or even hint that Mrs Jonathan was guilty of the allegations against her. On the contrary, what SERAP has said is that the fact that the $15m found in the four accounts belong to Mrs Jonathan raises serious suspicion or at the very least a prima-facie case of unexplained wealth/illicit enrichment, and imposes an obligation on Mrs Jonathan to explain and justify the source(s) of the $15 million.”

ALSO READ   Photos: At the Unveiling of the NBA 2017 Conference Logo

Mr. Mumuni also said, “To be sure, SERAP is not engaged in any campaign against Mrs. Jonathan or any other politically exposed persons for that matter. Our suit was filed against the Attorney General of the Federation and Minister of Justice Mr. Abubakar Malami, SAN, and not Mrs Jonathan. It’s a joke to accuse SERAP of trying to coerce the Attorney General to perform his constitutional duty, as this is for the court to decide.”

Mr. Mumuni said that, “SERAP consistently strives to ensure that its human rights and accountability work meet international standards and the highest standards of analytical rigour devoid of bias or assumptions as to individual’s guilt. Mrs Jonathan should end her attacks on an NGO simply working to make the government function to improve the conditions of millions of marginalized and disadvantaged Nigerians.”

Mr. Mumuni further said that, “Our work is driven solely by the fundamental principles of justice, impartiality, solidarity, universality of human rights, transparency and accountability in the management of Nigeria’s resources and wealth. We believe that it is through action that we have taken in this matter that the government can be motivated to live up to its commitments and to meet the expectations of Nigerians for good governance, human rights and the rule of law.”

SERAP quoted the court papers it received from Mrs. Jonathan and her group as reading in part: “The campaign by SERAP is in breach of Mrs Jonathan’s right to be presumed innocent until proved guilty under Section 36(5) of the 1999 Constitution of Nigeria (as amended). The action by SERAP seeks to coerce the Attorney General of the Federation to embark on a breach of the same right when the Attorney General is in a better position than SERAP and the Court to know whether or not there is any evidence of wrongdoing by Mrs Jonathan.”

“SERAP’s action is blatant misuse of the processes of this Court. SERAP therefore no longer deserves to continue as an incorporated entity and ought to be dissolved. It is just and equitable to dissolve SERAP in the circumstances of this case. Damages will not be adequate compensation for the irreparable damage Mrs. Jonathan will suffer if the application is not granted. The Plaintiff undertakes as to damages in favour of SERAP in the event the instant application ought not to have been granted.”

“There has been a running battle between the Economic and Financial Crimes Commission (EFCC) and Mrs Jonathan with respect to the release of her legitimately earned funds which were deposited in accounts opened in the names of certain companies by one of her husband’s aides without her authorization.”

“The funds in question were legitimate gifts from her friends and well-wishers over the last 15 years which she had been saving in order to utilize to upgrade family businesses and concerns which had been somewhat dormant by reason of the long period of her husband service as a public officer in Nigeria.”

“The gifts were given in small contributions by several persons some of whom she cannot even now recall over this period of 15 years sometimes in as small a gift as N250,000 Naira. In order to preserve the value of these funds which she did not require for any purpose at the time she changed them into foreign exchange and kept them as cash for a long period in her home safe in Port Harcourt and Abuja.”

“It was when the family home in Otuoke was burnt down by hoodlums under the instigation of political adversaries in 2010 that she began to think about banking these gifts which had now grown to large sums in United States Dollars. In 2010 she therefore summoned one of her husband’s domestic aids, Waripamo-Owei Emmanuel Dudafa to assist her in opening bank accounts into which the funds could be deposited.”

“Unknown to her the said Mr. Dudafa in a bid to be discreet about the owner of the funds decided to bank the funds in the names of companies owned by him. When she discovered this she was constrained to continue with the names of the companies when she was advised that it did not make any difference as to the ownership of the funds since the director of the company would appoint her as sole signatory to the accounts in question.”

“When in 2016 Mr. Dudafa was arrested and detained she had no fear for the funds as she realized that the funds could not be attributable to him once it was discovered that she was the sole signatory to the said accounts. It was therefore a rude shock to her when she discovered that a no transaction order had been placed on the accounts by the EFCC in the belief that the funds belonged to Mr. Dudafa.”

“She instructed her solicitors to further write to the EFCC to inform them that the funds belong to her and that they formed a part of her legitimate earnings over the last 15 years. It was this letter that was leaked by the EFCC to the media that became sensationalized and led to the plaintiff’s vilification and attack by ignorant persons who had no information about the matter.”

“SERAP is playing to the public gallery in order to gain the notoriety it has achieved over the past years. SERAP has done this mostly by intervening in high profile issues without regard to the rights of persons it claims to protect. SERAP jumped into the fray of ignorant accusations being made against Mrs. Dame Patience Jonathan in the public media and has begun a campaign of calumny against her using online, print and electronic media to publish to the public unfounded and malicious allegations that she stole the funds in question and ought to be prosecuted.”

“SERAP has maintained this position, notwithstanding the fact that there is no evidence whatsoever by which Mrs Jonathan could be prosecuted for obtaining the funds through unlawful means. In furtherance of this campaign, SERAP, being in breach of its own objects for which it was incorporated, has continued to proclaim the guilt of Mrs Jonathan in the media and recently was widely reported in the news media to have commenced a self-serving action to attempt to coerce the Attorney General of the Federation to prosecute her.”