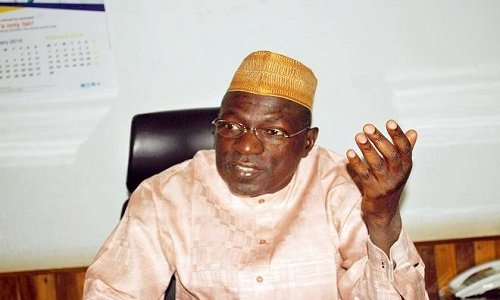 The Ahmed Makarfi-led Caretaker Committee of the Peoples Democratic Party (PDP) on Wednesday moved to stop Justice Okon Abang from handling a case filed by the Ali Modu Sheriff factional leadership of the party.

The plaintiffs, who said they sued for themselves and on behalf of the Executive Committee/National Working Committee of the PDP, named the Independent National Electoral Commission (INEC) and the PDP as defendants.
Sheriff and other members of his group are seeking among others, a declaration by the court that by virtue of the PDP Constitution, their tenure expires in 2018.

At the last proceedings in the case on August 16, Justice Abang granted the interlocutory reliefs sought by the plaintiff and restrained the defendants from proceedings with the national convention of the party scheduled for Port-Harcourt, Rivers State.

The judge directed that the interlocutory orders should remain in force pending the determination of the substantive suit and adjourned to September 7 for the hearing of the main suit.