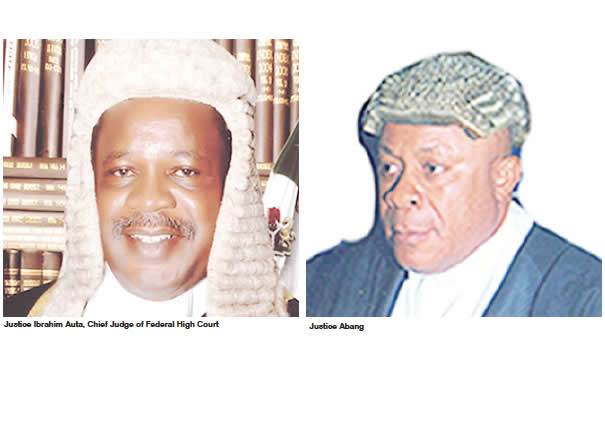 The Ahmed Makarfi faction of the Peoples Democratic Party (PDP) has sued the Chief Judge of the Federal High Court (FHC), Justice Ibrahim Auta and a judge of the court, Justice Okon Abang, over the leadership crisis rocking the party.

The suit marked: 9V/2239/2016, filed before the High Court of the Federal Capital Territory (FCT), Abuja, in the name of the PDP, seeks among others, the enforcement of the party’s right to fair hearing.

The party, which blamed the defendants for the various conflicting decisions given in relation to the leadership crisis in the party, faulted Justice Abang’s assumption of jurisdiction on cases relating to the party’s crisis when a judge at the court’s Port Harcourt division was already hearing similar cases.

The plaintiff is praying among others, for an order setting aside all the decisions and orders made so far by Justice Abang on the PDP leadership crisis.

Justice Olukayode Adeniyi, who was to hear the case, on Tuesday, queried the rationale behind the suit filed for the PDP by Ken Njemanze (SAN).